(CNN)None of it was supposed to be garbage. Yet, for weeks, heaps of discarded possessions grew to towering heights across Puerto Rico.

Finally, after weeks of waiting, clean-up is underway in Levittown and elsewhere on the island. But at least one local environmentalist is worried about what will happen after the garbage hits the island’s overflowing landfills. 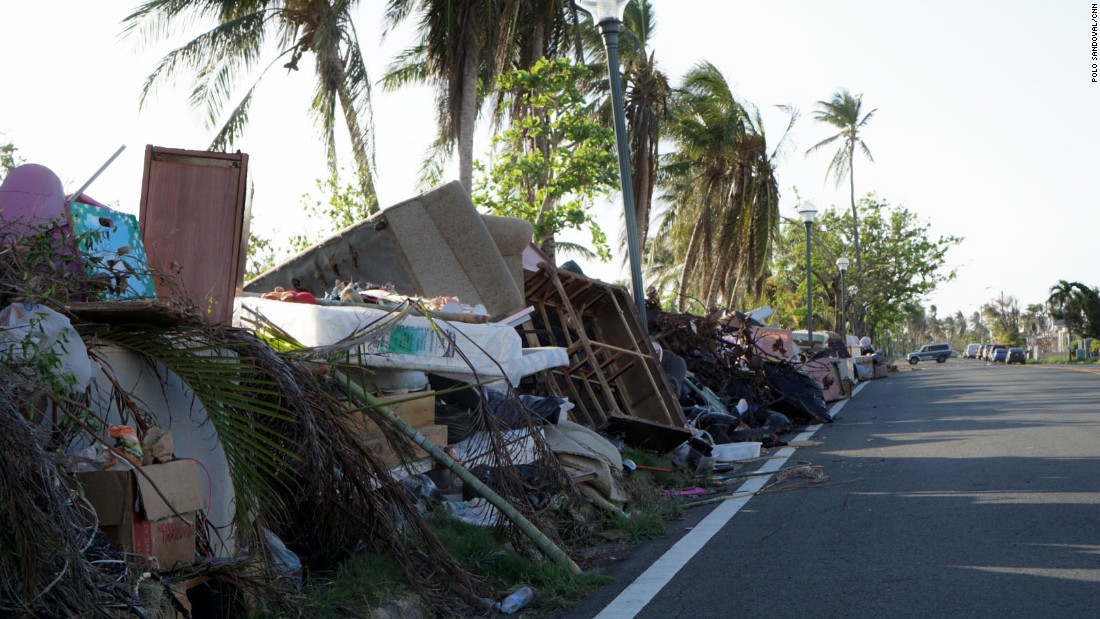 Experts have warned of potentially devastating impacts from Maria on the island’s precarious infrastructure.
Puerto Rico’s solid waste management system has been on the brink for years. According to the Environmental Protection Agency, one year before Hurricane Maria made landfall, most of Puerto Rico’s 29 operating landfills were beyond capacity. And, nearly half had been ordered closed amid concerns over risks posed to nearby soil and groundwater, the agency said.
Following the storm, as the island begins to clean up, the problem is even worse: by some estimates, Puerto Rico is generating several times the amount of garbage it had been sending to the landfill previously.
The island’s waste management crisis was far from Charlie Dominguez’s mind as he started piling wet, stinky furniture and kitchen cabinets across the street from his home, per instructions from government officials, he said.
He watched as the heap grew each day, counting the days without trash pickup. Then a mosquito outbreak came and he started worrying about disease.
By his count it took 34 days for crews to start removing garbage to his great relief. Finally, amid mounting losses, a sign of progress. 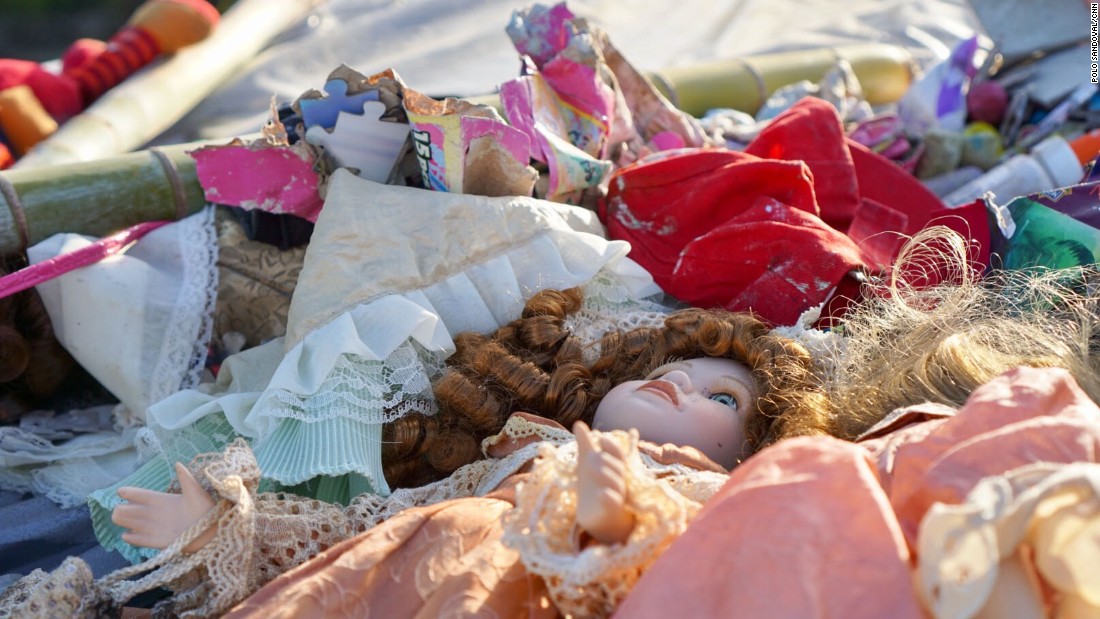 “Better late than never,” the 24-year-old lifelong Levittown resident told CNN. “You could almost say it’s like starting fresh.”
The Army Corps of Engineers has hired a local contractor to sift through debris in some of the island’s incorporated areas, including Levittown, to separate hazardous waste from organic material. The debris is bound for landfills on the island and the Environmental Protection Agency will handle disposal of the hazardous waste.
But Juan Rosario worries there is little to no room left in Puerto Rico’s landfills for Maria’s debris.
“We were in a huge mess before Maria. Now the mess is becoming a crisis,” said Rosario, executive director of Amanecer 2025, a local nonprofit that advocates for environmental issues. 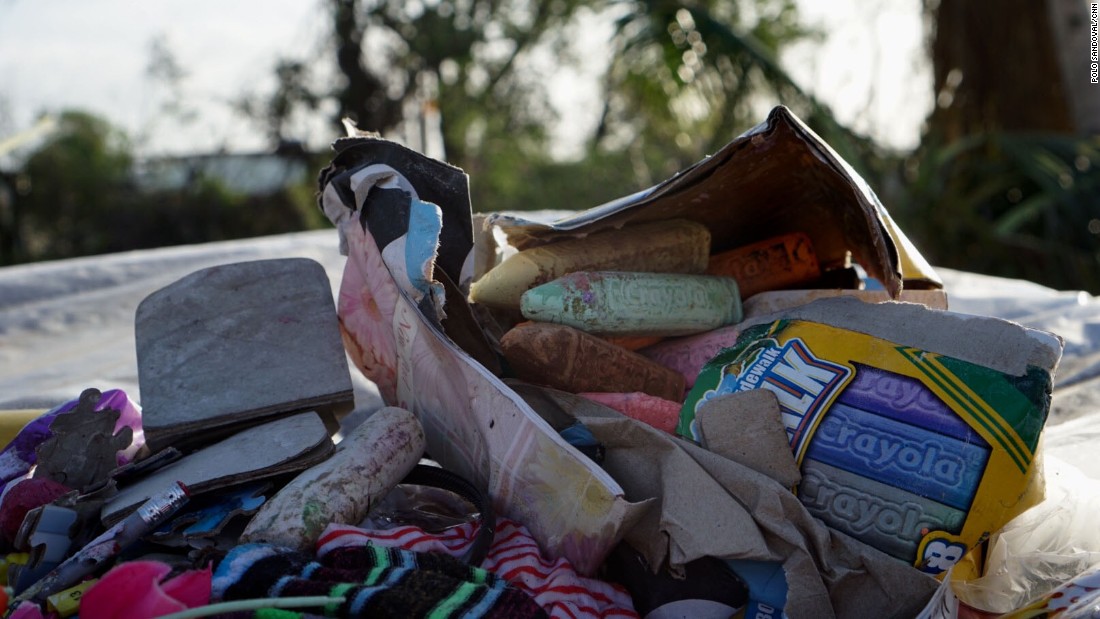 The EPA began its direct involvement to address the landfills in 2002, working with the Puerto Rico Environmental Quality Board to develop legal agreements. However, the agency has acknowledged that “it is not practical to immediately close most landfills,” and has focused on prioritizing those posing “the greatest threat to the environment and to people’s health.”
Since 2007, the EPA has reached agreements with 12 municipalities and other owners and operators of the landfills to improve operations and put them on schedules for closure. The agency said the orders go above and beyond landfill closures by including composting and recycling programs. But some environmental groups say the orders don’t go far enough and lack meaningful enforcement mechanisms, allowing for the operation of illegal landfills.
They cite the Toa Baja landfill — which receives waste from Levittown — as a prime example. It was under such an agreement to permanently close by 2014. It was amended in 2012 to give operators more time to come up with a new schedule for closure.
Meanwhile, the agency continues to issue orders. In July, the agency reached an agreement with the municipality of Santa Isabel to close by July 2019 “to protect the health of nearby communities.”
In April, the agency ordered the municipality of Toa Alta to permanently stop disposing waste by the end of 2017 because it has reached capacity. The agency said one of the most urgent concerns is the landfill’s leachate collection system, which is not functioning. Leachate is a liquid generated by decomposition of waste material. According to the EPA, “The Toa Alta Landfill sits on top of Puerto Rico’s North Coast Limestone aquifer system, a potential source of drinking water. The landfill is adjacent to a number of homes of Toa Alta residents.”
In the meantime, the order requires the municipality and its operators to cover exposed areas of the landfill each day to help control odors and blowing debris and inspect incoming loads of waste to separate out hazardous wastes and prohibited materials. It also required the municipality and its operators to better manage stormwater, institute mosquito control measures, and improve landfill security. 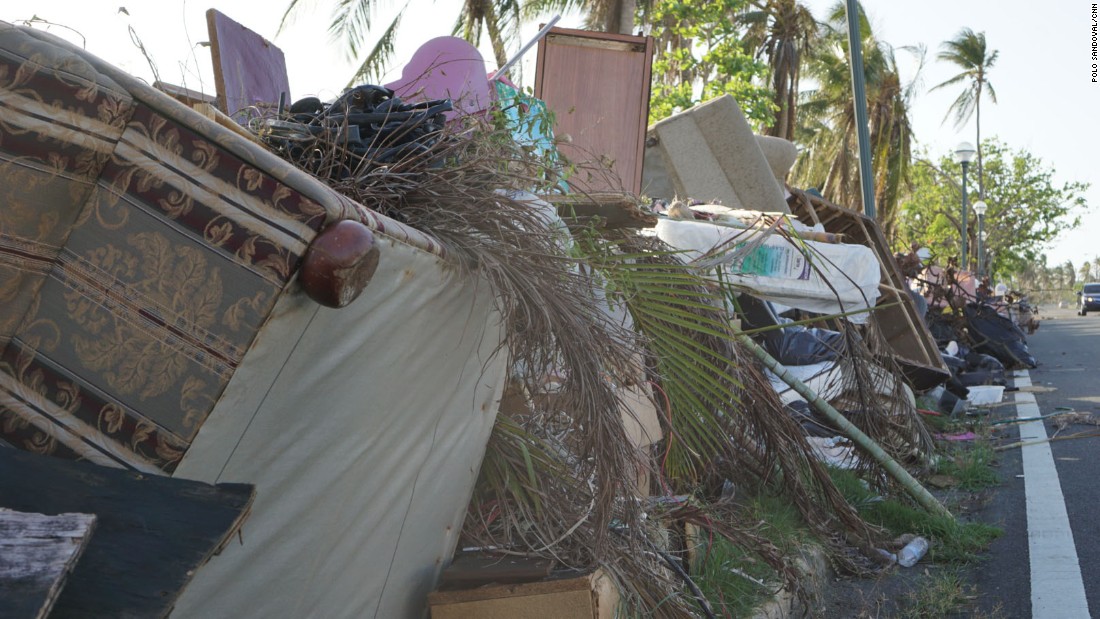 The separation of hazardous waste is the first step in current cleanup efforts. Crews in Levittown are working from dawn to dusk to separate toxic waste such as paint cans, household cleaners and televisions from organic material.
For 76-year-old Louis Acosta, the cleanup provides a measure of hope. To him, as long as the rodent-infested trash pile is still standing, it is a reminder to him of what was lost and all that needs to be addressed before his community can rebuild.
“This area was a beautiful place to live,” he said. Then, one month later, “you’re surrounded by trash so, it’s not easy to see that.”
But Rosario worries it will come at a high price for the future.
“We have comprised, in a period of less than one month, probably, the amount of the residues that we were going to produce probably in two or three years in only one month,” he said.
“This is a disaster in the making in the sense that we are going to pay for this not necessarily now, but after.”