As cities clamp down on vehicle use, technology is putting a utopian vision in reach, writes Guardian columnist John Harris 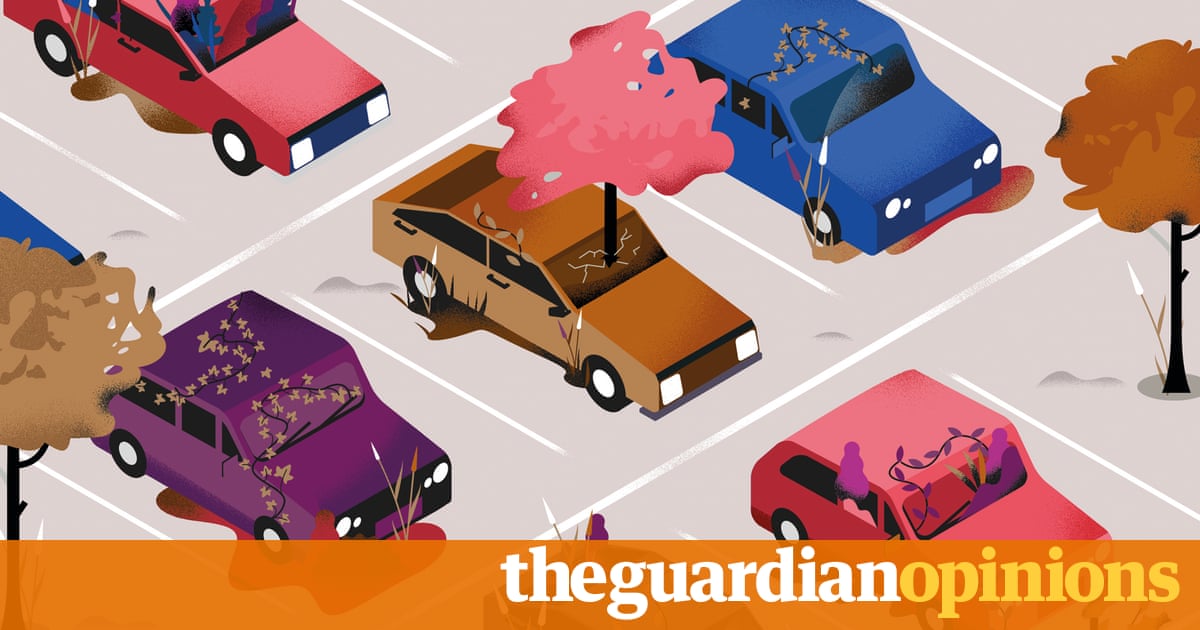 If ours is an age in which no end of institutions and conventions are being disrupted, it shouldnt come as a surprise that one of the most basic features of everyday life seems under serious threat. If you are fortunate enough to live in a house with a drive, look outside and you will probably see it: that four-wheeled metal box, which may well be equipped with every technological innovation imaginable, but now shows distinct signs of obsolescence.

To put it another way: after a century in which the car has sat at the heart of industrial civilisation, the age of the automobile of mass vehicle ownership, and the idea (in the western world at least) that life is not complete without your own set of wheels looks to be drawing to a close. Top Gear is a dead duck. No one writes pop songs about Ferraris any more. The stereotypical boy racer appears a hopeless throwback. And in our cities, the use of cars is being overtaken by altogether greener, more liberating possibilities.

The sale of diesel and petrol cars is to be outlawed in the UK from 2040. But only 10 days ago Oxford announced that it is set to be the first British city to ban all petrol and diesel cars and vans from a handful of central streets by 2020, extending to the entire urban centre 1o years later. Paris will ban all non-electric cars by 2030, and is now in the habit of announcing car-free days on which drivers have to stay out of its historic heart. In the French city of Lyon, car numbers have fallen by 20% since 2005, and the authorities have their sights set on another drop of the same magnitude. London, meanwhile, has shredded the idea that rising prosperity always triggers rising car use, and seen a 25% fall in the share of journeys made by car since 1990.

Last week, highlighting the increasingly likely arrival of driverless vehicles, General Motors announced that it will soon begin testing autonomous cars in the challenging conditions of New York City, apparently the latest step in the companys rapid and handsomely funded move towards building a new fleet of self-driving taxis. Earlier this year, forecasters at Bank of America tentatively claimed that the US may have reached peak car, acknowledging that transportation is costly and inefficient, making the sector ripe for disruption. Their focus was on ride-sharing services, car-pool apps and the collective use of bikes: what they were predicting had the sense of a reality that is already plain to see.

There are caveats to all this, of course. Although cities in the worlds rising economies are just as fond of car-sharing and bike use as anywhere in the west, car ownership in India and China is rising vertiginously. And as one of the 25,000 residents of a West Country town that is expanding fast and now prone to gridlock, I can confirm that in swaths of this country, the idea that we will soon surrender our vehicles can easily look rather far-fetched. The recent farcical launch by Great Western Railway of its new intercity trains (plagued by technical problems, and now taken out of service) highlights how our public transport remains woeful. Even if it brings regular twinges of guilt, there is currently little alternative to owning a car, and using it every day.

But deep social trends do point in another direction. In 1994 48% of 17- to 20-year-olds and 75% of 21- to 29-year-olds had driving licences. According to the National Travel Survey, by 2016 these figures had dropped respectively to 31% and 66%. Some of this, of course, is down to the deep financial insecurities experienced by millennials, and the stupid costs of car insurance. But in the context of technological change, it looks like it might have just as much to do with the likely shape of the future. If you buy most of your stuff online, the need to drive to a supermarket or shopping centre dwindles to nothing; if you are in daily touch with distant friends and family online, might a time-consuming visit to see them feel that bit less urgent? Meanwhile, at the other end of the demographic spectrum, an ageing population will soon have equally profound consequences for levels of car ownership, and the demand for alternatives.

Many huge social changes creep up on us, and the fact that politicians tend to avert their eyes from incipient revolutions often serves to keep them out of public discourse. But this one is surely huge. I am from a generation for whom the promise of your own car represented a kind of personal utopia. Go-faster stripes were signifiers for aspiration; Margaret Thatchers reputed claim that a man who, beyond the age of 26, finds himself on a bus can count himself as a failure chimed with the newly discovered joys of conspicuous consumption. Now, even if some of this lingers on, it does not feel nearly as culturally powerful. The rising global emergency focused on fatal levels of air pollution confirms the motor industrys dire environmental impacts; and concerns about the sub-prime loans that now define a huge swath of the car market suggest that the supposed joys of driving might be unsustainable in plenty of other ways.