Near Deir Ezzor, Syria (CNN)It should be the height of tension: a final pocket of ISIS, under heavy bombardment, where leader Abu Bakr al-Baghdadi could possibly be hiding and from which civilians pour out daily.

But instead, a CNN team accompanying Syrian Democratic Force fighters into newly-seized ISIS territory found a serene scene, in which the thud of explosions wasn’t from the Russian airstrikes a few kilometers away but from hand grenades, thrown in the river to kill and catch fish. 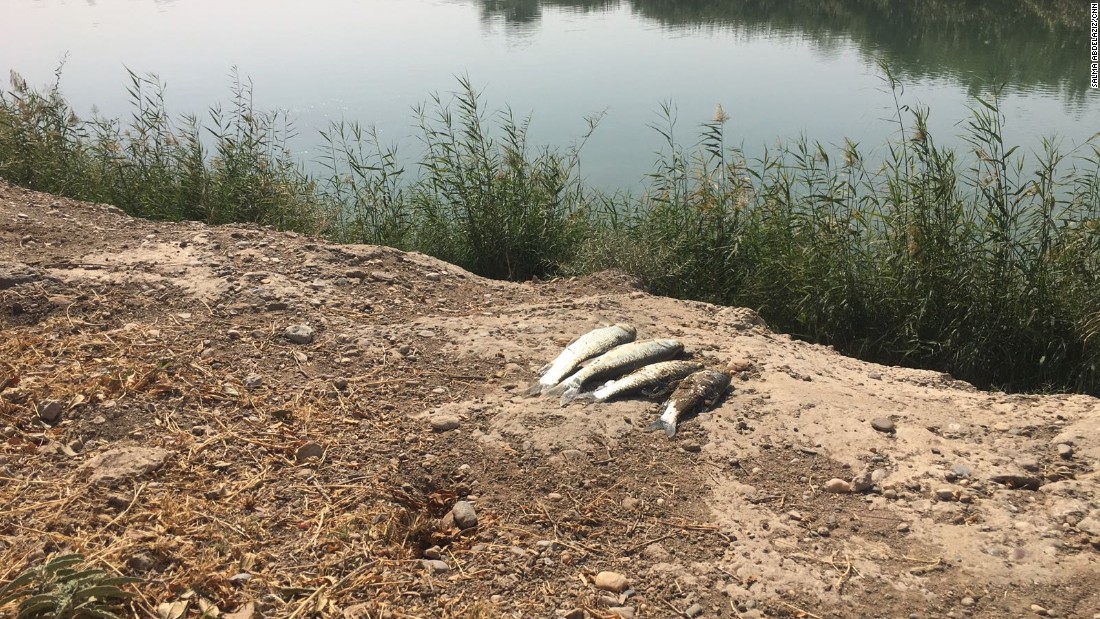 This is the end phase of the fight against ISIS — a series of new challenges and possible conflicts. Twenty-four hours earlier the SDF had moved south to the Euphrates River, kicking ISIS out of a pocket of Deir Ezzor’s surrounding countryside and bringing their forces within shouting distance of the Syrian regime and the Russian military assisting them. 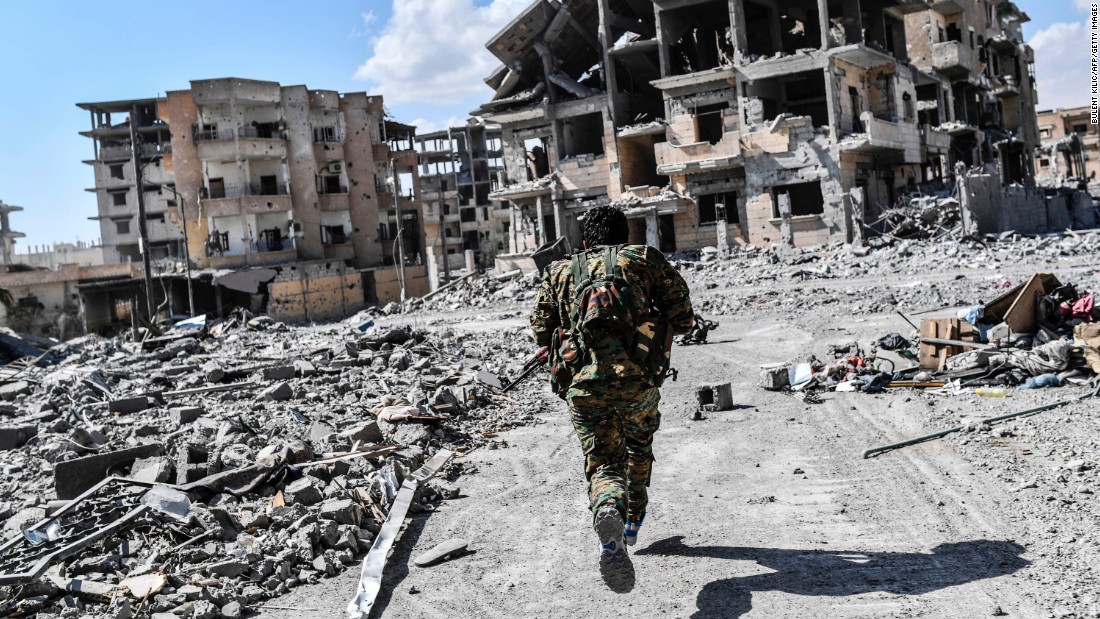 Not that shouting is required, we were told — the two sides regularly meet so Russian advisers and the SDF can be sure they don’t accidentally clash on the battlefield. In the skies above, coalition jets make large loops before they hit the deconfliction line around Deir Ezzor, being sure to not accidentally enter the airspace the Russians and regime are flying in.
So now comes the question of who will take over the territory that for the last three years has been the self-declared ISIS caliphate. For now, the SDF and their new neighbors are relatively friendly: There has been one rocket that injured four SDF and killed one, said a SDF commander who was not authorized to speak officially. It was unclear who fired it — the regime, Russians or Iranians — and the two sides seem focused on the task of polishing off ISIS, for now. 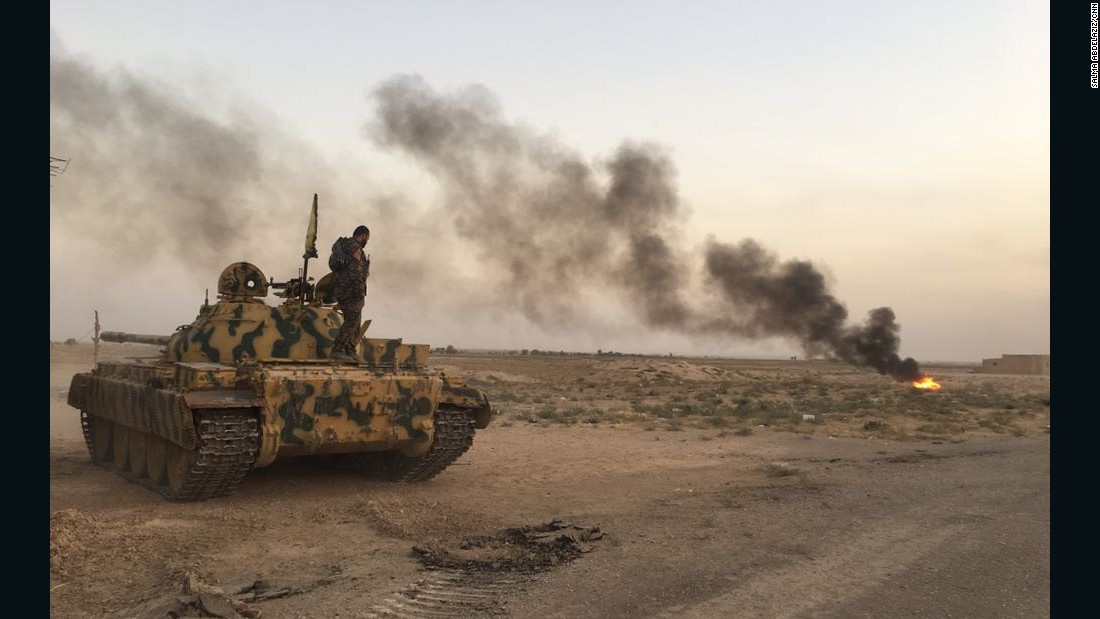 Yet this relaxed riverside idyll is a world away from the sheer hell Deir Ezzor is seeing right now. It is unclear how many civilians are left in the city, yet its battering from above remains palpable and relentless.  The shells never seem to stop.
Some are able to flee the city, but most have come from the outskirts, they say. Gathered in the dust of the desert around the city, these beleaguered people are haunted by a cloud of suspicion: Are the ones who leave ISIS territory last the most loyal to the group, or the least fortunate?
Still, their stories carry the template of horror from this war. Bashir Elmelham says: “We heard the call of war from the minaret and the shells and artillery came pounding down on us like heavy rain. We fled to abandoned lands.” 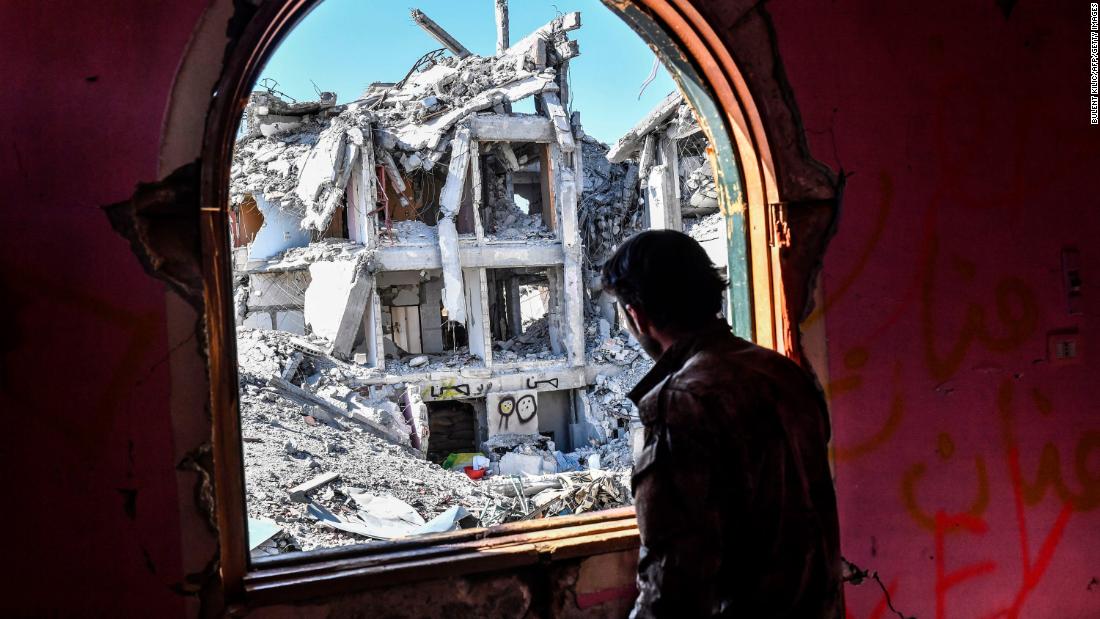 Suddenly, as they escort us across the desert, the SDF fire a warning shot. A motorbike is approaching, and this could be a suicide bomber. The nearby checkpoint where the SDF screen the displaced from Deir Ezzor was hit by a suicide bomber just 10 days ago. They wave the biker away, and he departs.
At the checkpoint itself — a simple process of unloading, searching and reloading belongings from the backs of battered trucks — ISIS are regularly found. Distinguishable often by the explosives they carry, or pointed out by informers in their midst, the SDF at the checkpoint we visit say they found 30 the day before.
Recently it was two Tunisian men, carrying five suicide belts, and accompanied by 15 women and children. A week earlier, the SDF clashed for three hours with a convoy of ISIS trying to escape. This is the new phase of the war against ISIS for the SDF — distinguishing their enemies from the civilians they are now trying to help. 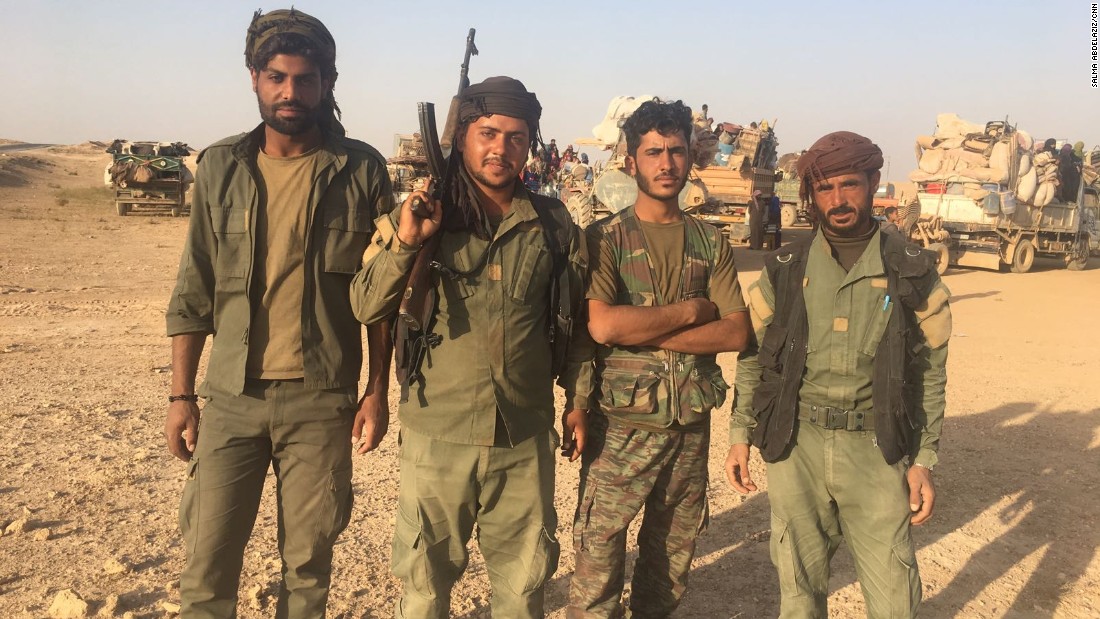 Everyone is covered in white sand except for circles around their eyes. Some have slept in open desert for days with little access to food or water.
Ten-year-old Yousif, wearing a Spider-Man T-shirt, is among them. He says he prefers the desert to being back home.
“When I would hear the shelling, I would hide in the ground,” he says. “The hardest part about living here is that I am not at home.”
These families are some of Syria’s most disenfranchised. Many are poor, uneducated laborers or farmers who lack a TV, so aren’t even sure why they are being bombed. or by who.
Juwhar comforts her infant child in her arms as she tells us: “We saw everything in my village. Airstrikes. Children and elderly dying — my relative just last week. The children wouldn’t stop crying from fear. I could only stand there. What could I do? I don’t know if our home is still standing or even who is bombing us.”
In the distance, the thud of shelling continues. The women are laying out carpets near their trucks for the night.