Washington (CNN)President Donald Trump travels to Capitol Hill on Tuesday to meet with Senate Republicans at their weekly policy lunch as he pushes forward on tax cuts. 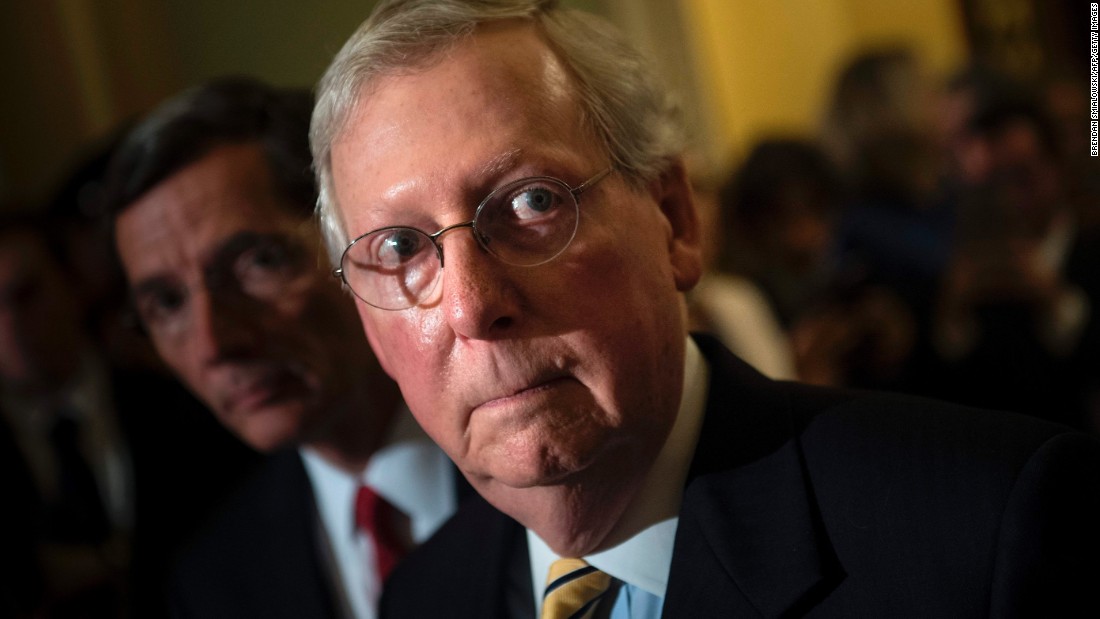 On taxes, passing a formal budget is a key step to clearing the way for the Senate to pass an eventual tax deal on a simple majority vote, meaning without Democratic support. The Senate passed its version last week and House and Senate negotiators were expected to spend this week hammering out differences between the two chambers’ budgets.
Instead, the House is expected to speed up the process by simply adopting the Senate budget with a vote sometime this week.
House GOP leaders struggled for months to get the votes for their own proposal as conservatives demanded details on tax reform and millions of dollars in required spending cuts. That process stalled progress on the budget and tax reform. But it appears many House Republicans now are willing to set aside items they had fought so hard to preserve in order to ensure tax reform gets on a faster track.
Meantime, tax negotiations continue behind the scenes over the State and Local Tax Deduction (SALT), a popular tax break that’s expected to be scrapped from the plan. Some Republicans from high-tax states like New York, New Jersey and Illinois have been pushing to either preserve the deduction or find some sort of compromise. But nixing SALT would bring in needed revenue to help pay for the plan. So it’s unclear what will happen on SALT, if anything.
On health care, Republican senators attending the lunch with Trump will be anxious to know what he wants to do about the bipartisan Alexander-Murray legislation, which would restore the cost sharing reductions for Obamacare that Trump cut off earlier this month. 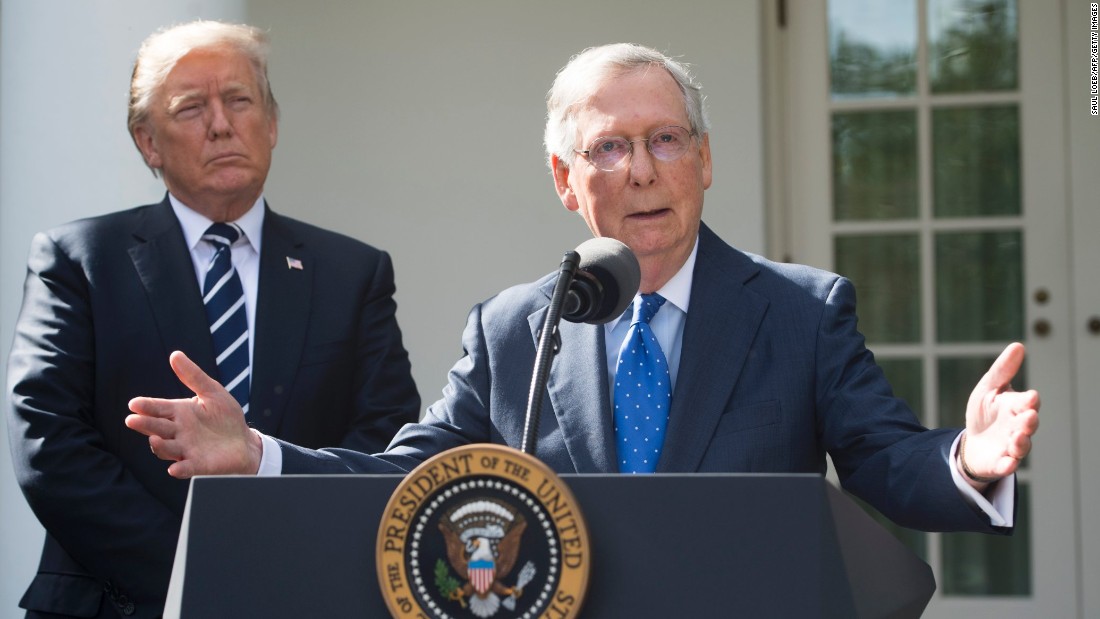 Trump has given mixed signals on the legislation to legalize the payments to insurance companies, which were struck down in court.
The bill would continue CSR for another two years — a win for Democrats — and provide states with greater say about how the law is implemented in their states — a win for Republicans.
Even if the bipartisan compromise gets through the Senate — a tall order — House Speaker Paul Ryan has already publicly raised problems with the proposal. Top House conservatives don’t want to sign onto any legislation they feel helps sustain the health care law they’ve been working to undo since 2009. But with leaders of both sides recognizing Congress will have to deal with the issue, it’s likely it could be punted and incorporated into a year-end funding deal.
On disaster aid, the Senate is scheduled to break a filibuster of a $36.5 billion emergency supplemental spending bill to respond to the multiple hurricanes that hit the United States in recent months and the ongoing wildfires that are burning out West. More emergency aid is likely to be approved in November, according to Sen. John Cornyn, R-Texas. 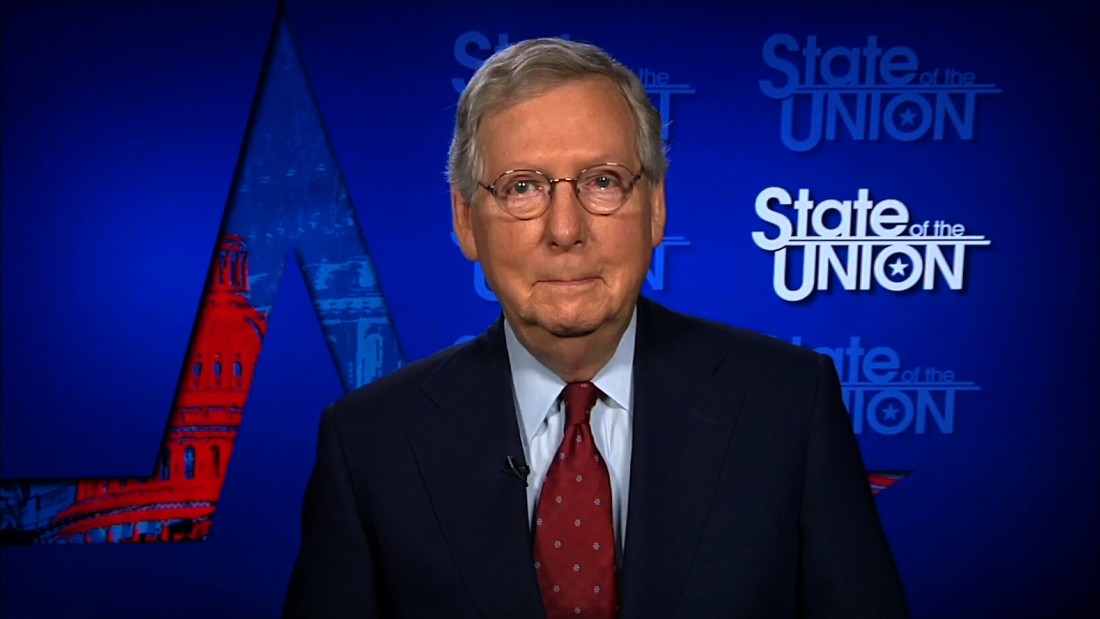 Senate Armed Services Committee Chairman John McCain and others have raised questions about the military operation in Niger that resulted in the deaths of four US soldiers. Congress will continue to track the Pentagon’s investigation of the incident, and McCain’s panel as well as others could demand more briefings and information.
The congressional Russia probes will continue to bring in a stream of witnesses with both chambers back this week. But one high-profile event is no longer on the calendar: The Senate intelligence committee postponed a public hearing with Trump’s personal lawyer, Michael Cohen, that was scheduled for Wednesday.
The committee said the hearing, which was added in place a closed-door interview last month, would be rescheduled for a later date.
The House is also voting on Iran sanctions legislation that would target the country’s ballistic missile program. It will also take up a bill that imposes penalties on Iran for its support of the Hezbollah militia in Lebanon.

Border issues — On Tuesday, the Senate Finance Committee will hold a confirmation hearing for Kevin K. McAleenan to be commissioner of Customs and Border Protection. He is likely to be questioned about the President’s plan for border security and intention to build a wall between the US and Mexico.
Puerto Rico recovery — The House Natural Resources Committee will hold an oversight hearing Tuesday on the Puerto Rico recovery in the wake of Hurricane Maria. The House Energy and Commerce Committee will hear from representatives from the FDA, Department of Health and Human Services, Centers for Medicare and Medicaid Services and Centers for Disease Control and Prevention on public health preparedness and response to 2017 hurricane season.