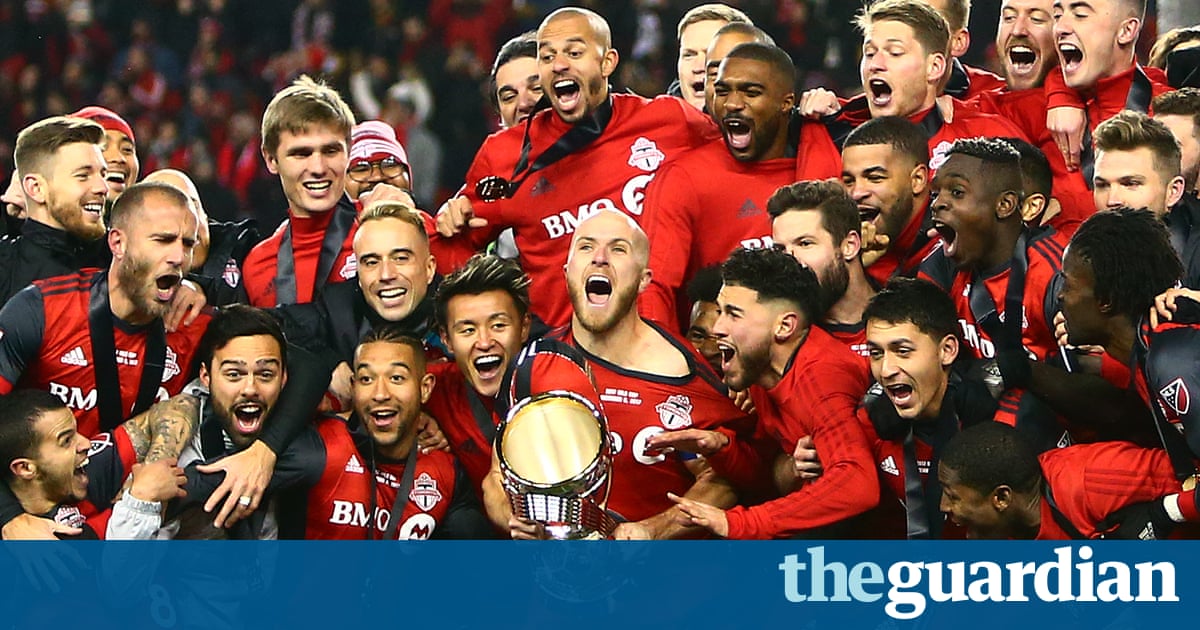 This was catharsis for Altidore and Bradley

The spirit of blame has been bouncing around US soccer circles since the USAs World Cup elimination but over the course of these MLS playoffs far more than its share has settled on Michael Bradley and Jozy Altidore. Both men were booed by opposing fans every time they touched the ball during the playoffs, and both had their struggles Bradley was nullified by Tyler Adams in the home playoff loss to the Red Bulls, while Altidore saw red in the same game and missed the first leg against Columbus.

Theres no doubt that the fallout for the national team will continue for some time to come, but on Saturday evening, the pair at least got to put an emphatic full stop on the other story of their year the obsessive drive to put right what went wrong when Toronto lost a home MLS Cup final last year.

Altidore, as he did in leg two against Columbus, burst through the heart of the opposing defense to open the scoring, ensuring that the three goals he managed in these playoffs will be remembered long after the six he scored last year are forgotten. And Bradley was immense in the holding role dropping deep to organize his defense in possession, and tigerish in his pursuit of the ball every time Seattle had the temerity to try and possess it in his half. In many ways, if Altidores exuberant goalscoring form was the story of the 2016 playoff run, Bradleys bloody-minded determination was the story of 2017, as first New York, then Crew SC, tried and ultimately failed to knock Toronto off their stride.

Vanney won the battle of the coaches

Its a measure of how nervy the last month or so has been, as free-scoring attacking soccer has given way to a slog in the playoffs, that when Torontos Greg Vanney made the switch to a 4-4-2 diamond for the final, the first instinct of neutrals was not to credit his tactical nous, but to wonder if hed second-guessed himself into trouble.

Toronto have played the diamond with some success at moments this season, most notably in wresting control of the Eastern Conference final back from Crew SC in the second half of the second leg. But their usual 3-5-2 had utterly smothered Seattle last season, and while this was a more attacking Sounders team than 2016, the onus should in theory have been on Brian Schmetzer to figure out a way past Toronto.

Instead Schmetzers team played into Torontos hands, by pushing into the spaces they were invited into and failing to cover the spaces theyd left. Combined with Torontos mix of tenacity and creativity, there was little time or space for Seattle at any phase of the game, and by the end Vanneys tweaks had seen off Schmetzers relaxed inclination to keep things simple and trust the players. That had worked in the playoff run, when limited opposition gifted Seattle the time and space to have patience and break opponents down. But in the final, Seattle met the class of the league, and in the post-game press conference a dejected Schmetzer could only lament the duels his players had lost. Hed lost one too.

In the Toronto locker room after the game, several of the players took time out from soaking each other to offer a series of short, excitable toasts. At one point Drew Moor, the defender whod been part of the cohort of MLS veterans brought in to help engineer last years great leap forward, jumped on a locker seat and silenced the room, to yell out, This debate on Are we the best team ever? Its fucking over!

Canadian Champions, Supporters Shield Winners, and now MLS Cup winners. Toronto won everything they could win this year, and broke multiple league records in doing so. If they arent the best ever, were into the deeply subjective realm of style points to say that theyre not.

Even the scrappy periods of the playoff wins were a perverse kind of tribute to how good they are. None of their opponents could hope to impose themselves on Toronto, they could only hope to live with them or stop them, with intermittent but ultimately futile success.

It may be too that Toronto has not been quite so sparkling since the last month of the regular season, as the various finish lines drew near. But they were so far ahead for so long, that some dip was perhaps inevitable. And when it mattered most they were back to their best to secure their legacy. The best ever? For now.