The worlds top five arrived at the 2017 Australian Open with realistic title aspirations. This year there is no guarantee they will even reach the starting line 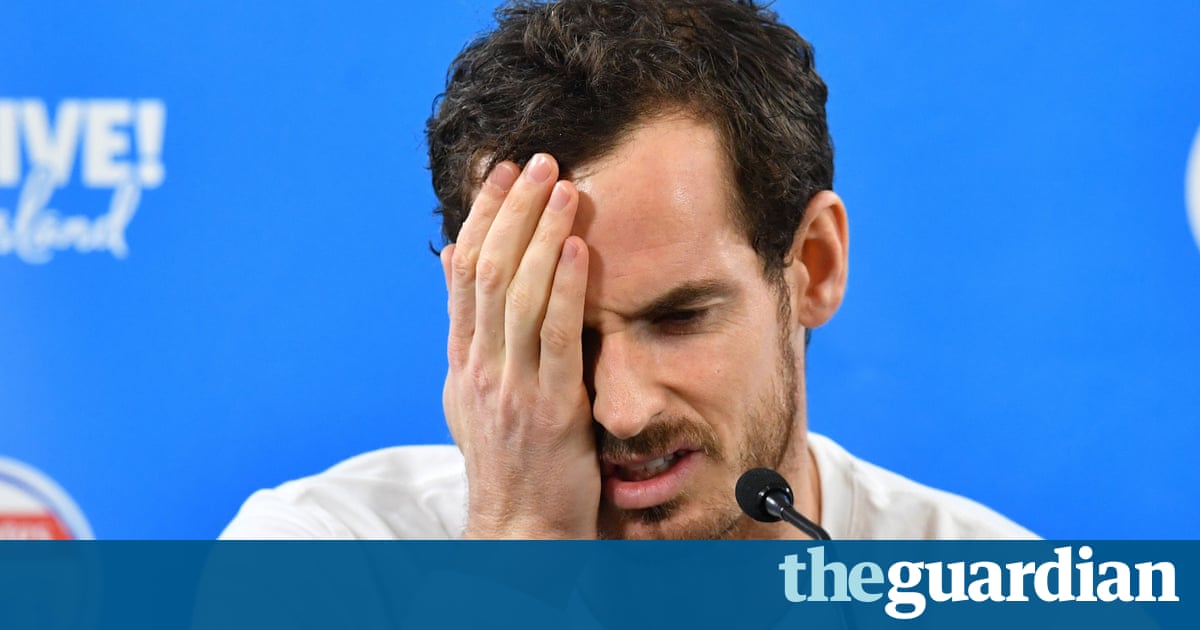 In the year since the five topranked mens players Andy Murray, Novak Djokovic, Milos Raonic, Stan Wawrinka and Kei Nishikori arrived in Melbourne with reasonable expectations of challenging for the first grand slam titleof the season, the tennis world hasbeen tumbled as if dumped by a 20-foot wave.

Djokovic once so dominant at the Australian Open fell in the second round, Murray and Nishikori reached the last 16, Raonic got to the quarterfinals and only Wawrinka reached the semi-finals.

More significantly in a wider context, though, not one of them made it as far as the fourth major of 2017, the USOpen. If ever there was a statistic to describe the parlous state of modern tennis, it might be that one. And it could be superseded on 15January, as there is no guarantee any of them will reach the starting line this year or survive without injury over the course of the tournament.

Roger Federer, who is well placed to defend his Australian title and win his 20th major, identified the brutal truth this week when he said of those players struggling to make Melbourne: Something tells me that probably two guys out of the top five, six that have been injured for a while now probably wont make it, because it seems too many guys are fighting something.

Murray, who pulled out of the Brisbane International on Tuesday (after the pre-tournament withdrawal of Rafael Nadal who is still recovering from the knee injury that forced him out of the ATP World Tour Finals in November and Nishikori), heads the casualty list.

Djokovic who, like Murray, has not played since the ninth day of Wimbledon last year, is probably the next most vulnerable, carrying an elbow injury that refuses to heal; Nishikori, perennially suspect, nurses a sore wrist; Wawrinka has had two operations on his knee and no warm-up tournaments; and Raonic somehow got on court in Brisbane on Wednesday but was beaten in straight sets by the Australian teenager Alex De Minaur.

It was hardly surprising that in the hours after Murrays Instagram post laid bare his desperation, Nadal and Djokovic posted heartfelt words of support. Andy, thank you for genuinely sharing your thoughts and emotions with everyone, Djokovic wrote. I can imagine how bad it feels.

A glance at their collective tumble through the rankings in only 12 months from the top of the mountain paints a picture of suffering and rolling disappointment. Murray has crashed from No1 to 16; Djokovic, No2 last January, has fallen 10 places; thirdplaced Raonic is 24th now; Wawrinka has slipped from fourth to ninth; and Nishikori from fifth to 22nd.

Who can be sure where this years top five Nadal, Federer, Grigor Dimitrov, Alexander Zverev and Dominic Thiem will be in a years time?

Raonic observed in Brisbane this week: If you look at it from just a purely numbers standpoint, you see the guys that play a lot the year before, a lot of matches, 65-plus, maybe even over 70 matches, those guys struggle the following year.

It seems the game has finally entered the era of uncertainty that is the lifeblood of any sport although the route to it is littered with bruised spirits. There are 42 over-30s in the top 100, more than in any year since the rankings began in 1973 but many of the leading contenders are starting to look their age. The 2018 Australian Open will almost certainly throw up shocks to match those of a year ago.

Sign up to our weekly email, The Recap, here, showcasing a selection of our sport features from the past seven days.