French publisher Gallimard says it will publish 1930s pamphlets by Louis-Ferdinand Cline, who called for extermination of Jews 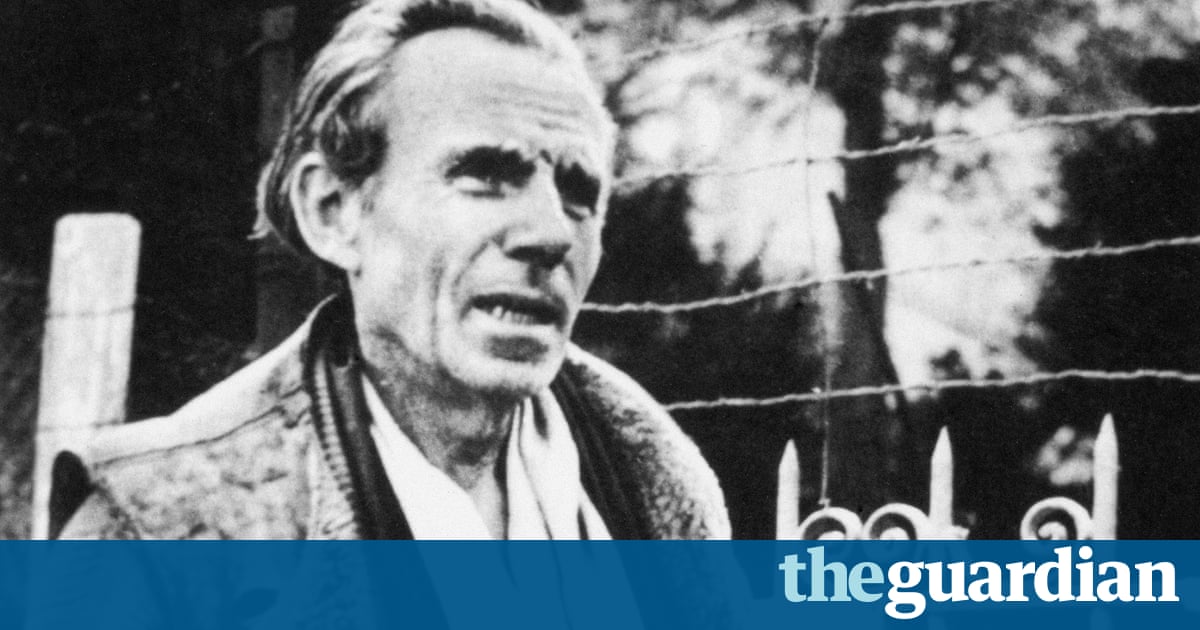 A fierce row has erupted in Paris after a major publisher announced it would produce a new collection of the violently antisemitic hate pamphlets by novelist Louis-Ferdinand Cline.

French publishing house Gallimard has insisted it will go ahead with the publication of the 1,000-page collection of 1930s pamphlets by Cline, who called for the extermination of Jews. The publication date is not set but Gallimard has insisted its intention is to frame the texts and put them back in their context as writings of a great violence, marked by the antisemitic hatred of the author.

But Serge Klarsfeld, the celebrated French lawyer and Nazi-hunter who was hidden from Nazis in Nice as a child during the occupation, has demanded the publication be stopped, threatening legal action if Gallimard continues.

Cline continues to be hailed as one of Frances most brilliant writers for his 1932 novel Journey to the End of the Night, regarded as one of the greatest French works of the 20th century. But his reputation has been tarnished by his rabid, antisemitic, pro-Hitler wartime pamphlets.

Aided by the French collaborationist Vichy government, German authorities deported about 78,000 French Jews to death camps during the occupation from 1940 to 1944. Cline fled France at the time of the Normandy landings in 1944 and was later sentenced for collaboration in his absence, was spared prison and was able to return France.

When Gallimard was reported to be about to publish the collection of Clines anti-semitic writings this spring, the government stepped in. The prime ministers delegation in charge of fighting racism, anti-semitism and anti-LGBT hatred last month made the rare move of summoning the publisher. It urged it to include, in any new edition of three anti-semitic texts written between 1937 and 1941, notes giving the full context drawn up by specialists, including historians. The editor is understood to have rejected this, claiming that notes by a literary expert on Cline would suffice.

Then Klarsfeld, who founded the group Sons and Daughters of Jewish Deportees from France, stepped in to demand publication be stopped.

Klarsfeld who previously called Cline the most antisemitic Frenchman of his day, said his pamphlets had influenced a whole generation of collaborationists that sent French Jews to their deaths. Although the lawyer supported historians studying the texts, he said that presenting a shiny new edition of Clines abject writing in bookshops would be intolerable and no amount of footnotes could temper that.

The pamphlets have been out of print since 1945 and Cline, who died in 1961, had said he didnt want them re-issued. But his widow, now aged 105, recently U-turned and signed over the rights.

A furious row has raged in literary circles between those for and against publication. The literature professor Henri Godard argued that brushing the pamphlets under the carpet would create an unhealthy situation and it was better for readers to be aware of and critically assess them as full published texts. Some argued that pirate editions were available for sale or online and that Gallimard was seeking to publish in France a collected volume already produced in Quebec, Canada in 2012 although Le Monde warned that the Canadian editions notes were insufficient.

The historian Pascal Ory argued: We have to confront these texts directly armed with scientific criticism, otherwise they would be online with no context.

But others shot back, saying the repackaging of Clines violent anti-semitic texts by a major publisher like Gallimard would give them a veneer of respectability and could white-wash Clines role in the war.

Although Adolf Hitlers Mein Kampf is being reprinted in France in March, some historians have said there is a vast gulf between a historic document like that and Clines rambling hatred.

Four historians wrote a furious opinion piece in the Nouvel Obs magazine arguing that any footnotes were unlikely to be consulted much and that the exercise risked at best voyeurism, at worst nostalgia, or the sanctification of appeals to murder wrapped up in a chocolate box of prestige.

Some politicians on the left joined Klarsfeld in saying that because courts have acted against far-right writers as well as French comedian Dieudonn Mbala Mbala for antisemitic comments, it was untenable to then allow a major literary publisher to re-issue antisemitic texts.