The YouTube star claimed he was trying to raise awareness of mental health issues by filming a dead body. Its time to stop using this meaningless phrase, says Emily Reynolds, who writes regularly about mental health 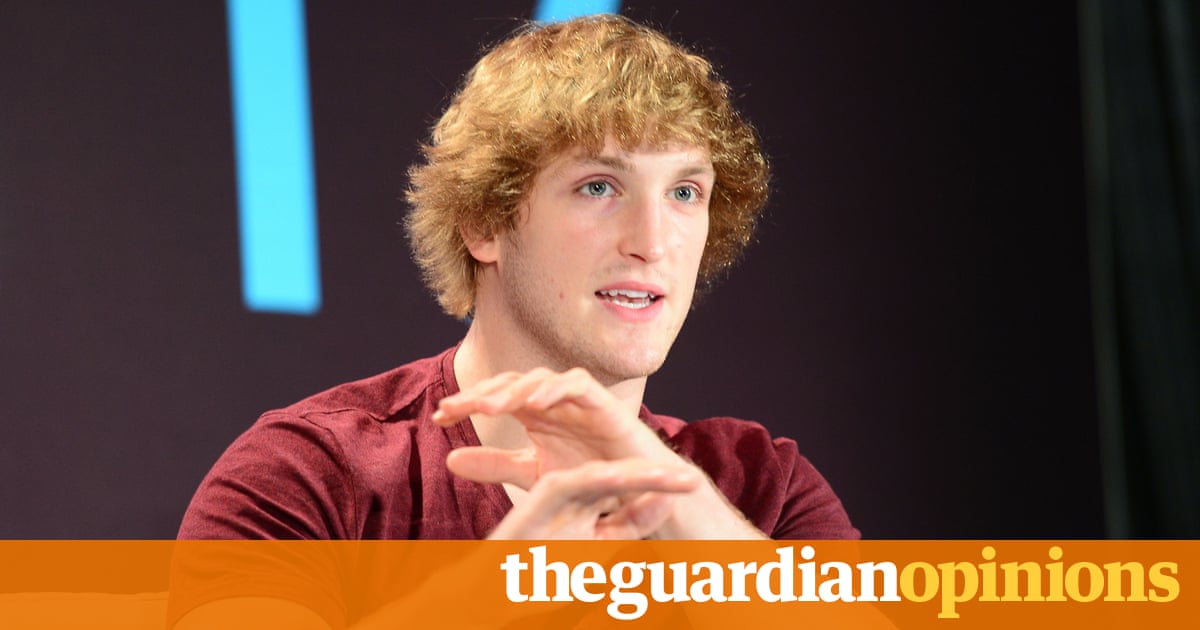 The words outcry as YouTube star posts video of dead body in Japan are so ludicrous, almost nonsensical, that they may as well have come from a random 2017 headline generator. Unfortunately, they dont.

Logan Paul, a 22-year-old vlogger, has been castigated across the internet for publishing a video showing the body of a suicide victim in Aokigahara, a forest near Mount Fuji notorious as a site for multiple suicides every year. Breaking Bad star Aaron Paul (no relation) told Paul he should rot in hell; even Piers Morgan described him as a sick, twisted, heartless little prick.

Pauls YouTube channel has over 15 million subscribers, so its no surprise that a number of fans are already attempting to explain away his behaviour, many with the hashtag #Logan_you_are_forgiven. These fans are in the minority, though, and rightly so. Filming the body of a victim of suicide and posting it online for all to see is unforgivable behaviour refusing to give the victim any dignity in death, completely disregarding the distress it may cause their loved ones, failing to take into consideration the millions of young viewers exposed to the scene, and displaying a very disturbing lack of empathy in the process.

His excuse? He was trying to raise awareness.

Thats obvious nonsense. Media guidelines on reporting suicide are clear: the Samaritans guide on reporting standards plainly state that outlets must exercise caution when referring to the methods and context of a suicide a point that includes not giving too much detail on specific methods. Dignity and decency aside, Pauls video clearly fails to live up to these standards. But there is something in his use of raising awareness that speaks to something beyond this single incident.

Awareness raising came into its own in 2017, with decades worth of campaigns by mental health charities and activists finally gaining mainstream attention. So far, so good: its undeniable that testimonies from those with long-term mental health conditions have started to massively destigmatise elements of mental illness, depression and anxiety, particularly. But, somehow, awareness raising became a behemoth. In recent months Ive had coffee shop windows and soap packaging exhort me to be aware of mental illness, and its even been used in workplaces across the country as a way to improve the efficiency and productivity of workers not quite the stigma-busting change of heart that many of us had in mind when we first started campaigning for awareness.

The primary goal of much visible mental health activism became raising awareness, and it completely dominated the media: articles, books, TV shows all firmly focused on the idea of breaking down stigma. The actual day-to-day realities of people with chronic mental illness were seemingly unimportant it didnt seem to matter what they needed or how they felt, just as long as we knew they were there. The politics of mental health the impact that austerity has on the lives of mentally ill people, as well as poverty, racism, lack of access to services have broadly been ignored in favour of simply encouraging people to talk.

Its now reached the point where awareness raising is used to excuse all sorts of problematic behaviours. Hundreds of articles are published every year making sweeping, unverified statements about mental illness and giving potentially dangerous advice; the NMEs unapproved use of Stormzy as a poster boy for depression was apparently an attempt to raise awareness of an issue that weve been inspired to talk about following your comments; and Theresa May claimed that her government would reduce stigma while simultaneously placing services under obscene pressure via unrelenting cuts to the NHS.

Pauls claim is a similarly transparent attempt to get himself off the hook to excuse his despicable behaviour and, probably most pertinently for him, to prevent the loss of his 15 million YouTube subscribers. But though his excuse is undeniably galling, its also now par for the course. Awareness raising is so ubiquitous a phrase that it has been rendered utterly meaningless.

Genuine awareness raising thoughtful, responsible testimonies from people living with mental illness or disability is invaluable. But when a term can be so easily utilised to justify even the most horrifying behaviour, its probably time we found a new one.

Emily Reynolds is a freelance journalist based in Berlin