Looking back through Hollywoods sci-fi vaults, films from Rollerball to Terminator: Salvation offer a bleak view of the year ahead 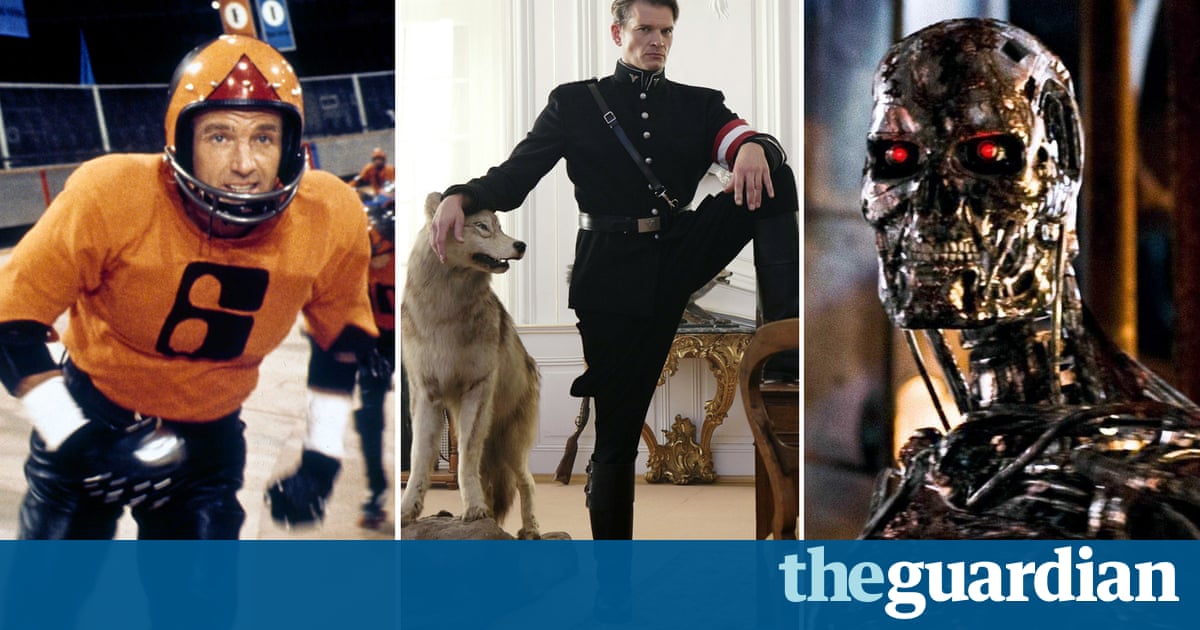 While the specific reasons remain a topic of heated debate, everyone seems to be in agreement that things are, in the most general sense, quite bad. Whether youre concerned about encroaching fascist powers or a restriction of free speech, the planets eventual heat-death or vanishing industries and the jobs that go with them, everyone can find something to lose a little sleep over in 2018. Credit the movies, then, with giving us fair warning. Cinematic visions of the future have always favored the dystopian over the utopian, preferring to nail-chew over our shared anxieties rather than build upon hopeful fantasy.

Far away enough to sound remote and just close enough to be discomfiting, 2018 has recurred as a handy locus for this future-panic at the movies. Through the 20th century and beyond, Hollywood scribes have projected collective insecurity on to this day after tomorrow and in a chilling number of instances, those fears have turned out to be well-founded. Read on for a sampling of silver-screen futures, and how they have crystallized into our baffling, surreal present:

Most of this intergalactic riff on The Fault in Our Stars plays out in 2034, at which point our boy Gardner (a pallid Asa Butterfield) is 16 years old and ripe for romance, but the film begins with the key exposition of his birth. Gardner just so happens to be the first infant to crown in space, because apparently the astronaut programs rigorous preparations dont include a pregnancy test. Humanitys first manned colonization mission to Mars makes Gardner into a confidential miracle and very nearly a casualty before he escapes to Earth and has a tough time with our contaminated atmosphere. While the script focuses on the exceedingly plain romance at its center, it nevertheless illustrates ethical quandaries surrounding space-sex that major governing bodies will soon face. Do children sired in orbit have a right to American citizenship? Can these space-babies run for president of the United States, or will Mars have a president of its own? Will the first president of Mars be dreamy, and have a forbidden crush on an Earth-girl? Can their love stand the trials of interplanetary separation?

Detroits on the upswing and weve got the trend pieces to prove it, but back in 2014, Luc Besson wasnt so optimistic. The French film-making maniac lent his talents as a screenwriter to Camille Delamarres thriller, laying out a twice-wormed- over shell of the Motor City in which abandoned palatial estates house deadly crooks. In this future, America has all but thrown in the towel on containing the prison-industrial complexs rabid expansion, and the kill-or-be-killed containment zone of Detroit represents the ugliest manifestation of that institutional apathy. It could have come off looking a bit prescient as the States relationship to its prison system continues to deteriorate, if not for the paint-by- numbers team-up between a cop and a criminal that gives the plot shape but kills the film.

The unloved stepchild of the Terminator franchise, this sequel eschewed the time-travel angle for a more straightforward last-ditch war between man and machine. Though this installment added Christian Bale to the mix in the role of John Connor, it returned to the same rightly placed suspicion toward automatons that animated the preceding films. Twenty-seventeen saw Saudi Arabia approve the citizenship of a comely humanoid cyborg did we learn nothing about trusting hot robots from Ex Machina? Shes clearly biding her time, gathering information about humanity and waiting for the right moment to strike. Skynet had no intention of spending its artificially intelligent life carrying out the whims of puny humans, and just as Sophia will soon turn on her creators, so too did Skynet plunge the people of Earth into a brutal new holocaust. Same goes for Siri, Alexa and Google theyre all Skynet, the lot of them.

Often lumped in with the exquisitely trash-o Death Race 2000, Norman Jewisons adrenaline extravaganza packs a sharper satirical bite than its B-movie brethren. By his 2018, the economy has been divvied up into a small handful of monopolies that represent teams of fearless warriors reducing one another to a pulp in the only remaining form of popular entertainment. Jewisons jabs about the carnivorous dimension of American spectacle get a little stronger with every new
reality-show scandal; not 24 hours into the year, and some chucklehead from YouTube has already taped a dead body he found hanging in Aokigahara. Jewisons healthy cynicism towards lowest-common-denominator diversions, married with contempt for corporations and the hegemonic pillars supporting them, makes for an exploitation picture still subversive today.

The cruel irony of time is to eventually render all tragedy again as comedy; conceived as a goofy send-up of old-school sci-fi flicks and living on today as a dark prophecy, this unsettlingly predictive film works the trick in reverse. That there exists a movie where Nazis make a lunge at power in 2018 is creepy enough. But its determined preposterousness gels all too well with the utter senselessness of the resurgence of Nazism in America. In the film, the Fourth
Reich has been hiding out on the dark side of the moon while regrouping for half a century. That is more ridiculous than a march tiki-torch-wielding white supremacists, and yet not by much.