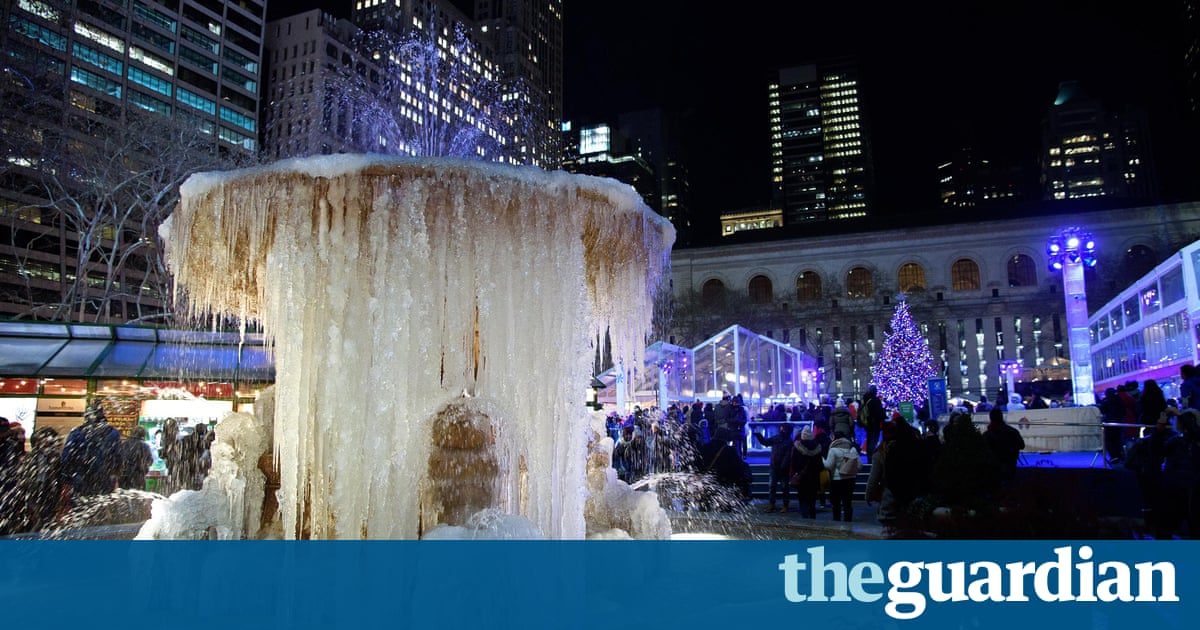 Brutal winter weather that has brought subzero temperatures to parts of the US and has been blamed for at least 12 deaths was threatening on Wednesday to dump snow and ice across parts of the south that rarely see flurries, much less accumulation.

The National Weather Service (NWS) said a wintry mix of snow and freezing rain was expected mainly along the Atlantic seaboard from Florida to North Carolina. It warned that icy roads and low visibility could make driving treacherous.

In Savannah, a coastal city that has not seen measurable snowfall since February 2010, up to 2in (5cm) of snow and sleet were forecast. As city officials filled dump trucks with sand to spread on major streets, the mayor, Eddie DeLoach, urged residents to stay home and keep off the roads.

The streets will be slick, DeLoach told a news conference on Tuesday. We could have some serious issues for folks who arent used to driving in this kind of weather.

Governor Nathan Deal of Georgia declared a state of emergency through Friday for 28 counties because of the frigid weather. The weather service said up to 1in (2.5cm) of snow could fall as far south as Tallahassee, Florida. Snow began falling in Tallahassee early on Wednesday a rare occurrence in the Florida city. Accumulation of 3in to 5in (8cm to 13cm) was possible in eastern North Carolina.

In central Florida, the states largest theme parks announced that water attractions such as Disneys Typhoon Lagoon, Universal Orlandos Volcano Bay and SeaWorlds Aquatica were closed on Wednesday because of the cold snap.