ISTJ You are Harry Potter

Travis and Alicia find themselves locked up thanks to someone from their past, and Madison is hellbent on coming to their rescue 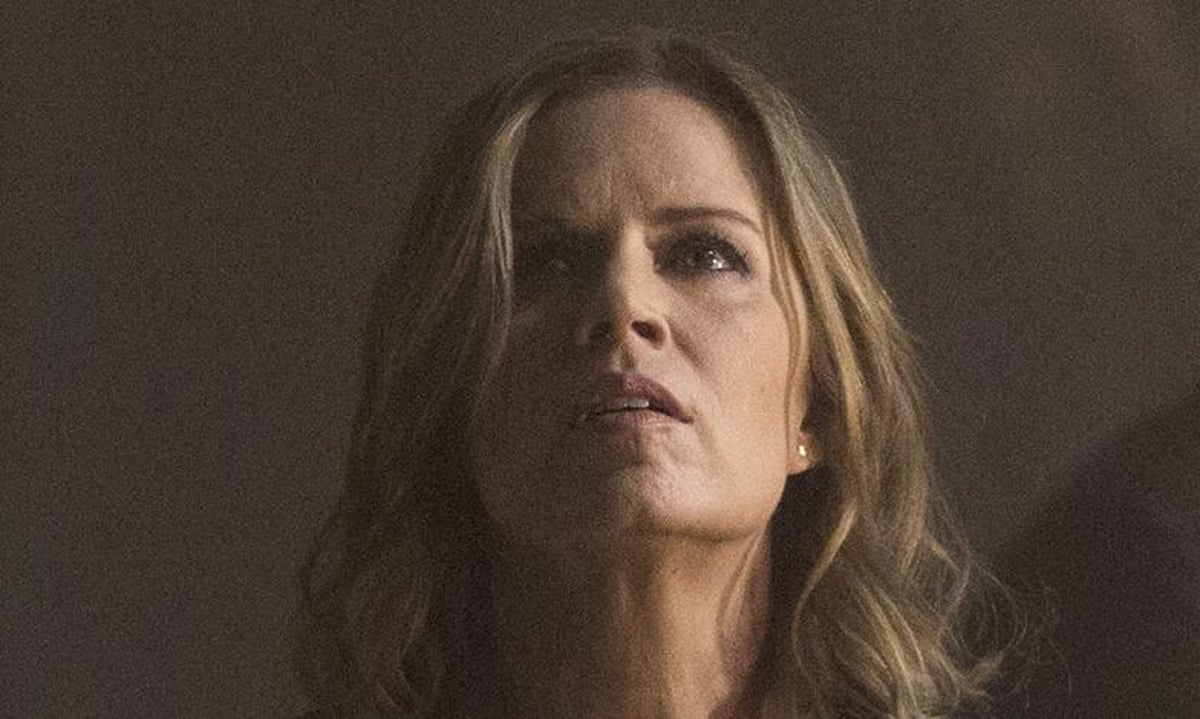 Madison and the Abigails crew on a daring raid of the Dread Pirate Connor. A zombie switcheroo involving a hood and some dirty work. And yet something was missing from this episode, like a BLT without mayonnaise: all the ingredients in place but missing that special sauce to hold it together and make the whole sandwich worthwhile.

Fear the Walking Dead is a show without a mission. Everyones trying to make it to a sanctuary in Mexico, but is their true hope really to escape into some corner of this new world, or to adapt within it? Most of the moral dilemmas theyve faced about survival and sacrifice have come straight out of the original Walking Deads recipe, and Fear has yet to find a reason why we should make time to tune in.

He had this sense about you

Luckily, its characters have started to blossom. Alicia showed impressive gumption while trapped in the dry-docked boat, running out of the locked room and escaping off the boat into the water and freedom, in a ride that wouldnt be out of place in Typhoon Lagoon.

She also impressed us with her ability to manipulate Jack, bending his affection to get him to help her escape and then ditching him at the last minute. She even beat him over the head, like the worlds most ornery cruise director, and locked that woman in the brig for eating her steak. But staying with Connor might not have been the worst idea: his plan for the end of the world was apparently to recruit young, attractive people for a post-apocalyptic beach party. Burning Man where the people with a dead look in their eyes should really be avoided.

Madisons biggest problem, other than having a Coachella organizer kidnap her daughter and her boyfriend, was that her son Nick took off to find Strands friend Luis.

This may be the dumbest plot the show has attempted so far. Shouldnt it make Madison happy that Nick is getting good at surviving in a terrifying world? I get that she wants to keep her kids consciences clean, but she also needs to accept reality and let Nick help her out of all the scrapes shes going to land everybody in.

You knew what would happen

Alex is back! Turns out that Connor and the gang found the Abigail not only because Alicia ran her mouth on the radio, but because Alex, literally left adrift by Strand amid his fears that her burn-victim friend wouldnt survive, helped the pirates out.

If it was a small world before the plague, its only gotten smaller. Alex fits Connors apparent requirements (young, attractive), so he evidently wants her in whatever cult it is hes running. Travis blurts out an apology, Alex explains her awful story of strangling a friend to end his misery, and Travis explains that he did the same to his ex.

Alexs return hasnt much affected the plot so far, but she does land an amazing line as she leaves Travis cell: Connor told me he could use me. People dont use me.

Is Alex going to be the new boss of this clan, with a score to settle with Strand and the Abigail? Maybe shell chase them all the way to Mexico and blow up Strands fancy villa in retribution. No matter her role, shes pissed, and in this world, that cannot end well for our band of ostensible heroes.

That is what we do now

Ofelias vow to spill blood and spill blood again was the blunt theme of tonights episode, not to mention this season: helping Nick sop up some gory mess is about all she has done all year. Shes in dire need of a reason to be on this show, or someones going to throw her overboard.

Her line is, of course, about Chris shooting Reed, AKA Connors brother and the Abigails would-have-been captive for ransom. Chris, on the other hand, feels bad only in that he didnt shoot him and the pregnant woman before they boarded the boat and blamed him for the hostage crisis. He makes up for this regret by killing one of them.

Again, for the record, Chris remains the worst. Not only did he disobey Daniels orders and engage the captive Reed, he shot the guy and almost kept his father and sort-of-stepsister from rejoining the group. On top of that, he missed, taking off half the poor goys jaw. Chris cant do anything right, even when hes doing something wrong.

Daniel, at least, turns the zombie Reed into something useful. Not only does his zombie-in-a-bag trick help rescue Alicia and Travis, it takes out Connor and one of his henchmen. The whole kerfuffle showed that Madison and her troupe are far better prepared and ruthless than the others. Now if we only cared about their mission, this show might be so good.

(CNN)Guacamole and fajitas. Mexican flags and mariachi bands. Margaritas, beer — and more beer. (Sometimes with lime, thanks to that clever marketing campaign.)

It’s May 5, and America is celebrating Cinco de Mayo — but why?
The Mexican holiday is still celebrated in Mexico, but the local tributes pale next to the giant celebration in the United States, complete with restaurant specials, high-volume advertising and endless promotion. Here are five things you should know about May 5.

1. It’s not Mexican Independence Day.
Cinco de Mayo celebrates the Mexican victory over France (of all countries) at the Battle of Puebla, May 5, 1862.
Mexico had been invaded by Spain, France and Great Britain in late 1861, but within six months Spain and Britain had pulled out. With the U.S. Civil War raging north of the Mexican border, the French decided to take advantage of the chaos and invade Mexico, which had been torn apart by war in the late 1850s.
The French made inroads in April 1862, but in May, at the town of Puebla — about 85 miles east of Mexico City — a small Mexican army under the command of Ignacio Zaragoza defeated a larger French contingent. It was a classic David-over-Goliath victory, and it’s been celebrated ever since for its symbolic value … even though the French did eventually take over Mexico and establish the short-lived Second Mexican Empire under the Emperor Maximilian.
Mexican Independence Day, incidentally, is celebrated September 16.
2. It’s got a Texas connection.
Zaragoza was born in what’s now Goliad, Texas, about 60 miles due north of Corpus Christi. In 1999, the Texas Senate declared it the official place to celebrate Cinco de Mayo.
And celebrate it does, with live music, ballet folklorico dancers and barbecue. There’s also a giant party at the Goliad Fairgrounds.
“It has opened the doors for Goliad. It is something that we are all very proud of. That’s one of the reasons we hope our youth will continue with the traditions,” former justice of the peace Emilio Vargas told the Victoria (Texas) Advocate in 2014.
3. It’s not just a big deal in the Southwest.
Among the best and most visited Cinco de Mayo festivals in the United States are held in Chicago (where the party in Douglas Park attracts 200,000), Denver (400,000 over two days), Portland, Oregon (the Waterfront Park festival attracts 300,000), and St. Paul, Minnesota.
St. Paul, Minnesota? Yes, indeed. The city includes a neighborhood known as the District del Sol, an area in the Minnesota capital’s west side that started attracting Mexican immigrants in the early 20th century. The Latino population now numbers more than 25,000 — close to 10% of the city, according to St. Paul Historical — and the Cinco de Mayo festival takes up two days.
4. Why so American?
Though Americans have been celebrating Cinco de Mayo practically since the battle ended — especially in the West — it was largely unknown in most parts of the U.S. until the 1960s, when Mexican-American activists started raising its profile. It’s become a way to celebrate pride in the community.
But, the United States being what it is, it’s also a great marketing opportunity. In 2014, Cinco de Mayo (or the nearest Friday, anyway) happened to be the biggest non-winter drinking day of the year, and it’s in the top five drinking holidays in general. Hey, you’ve got to have something to take the edge of the spicy food.
5. Have you considered mole poblano?
Speaking of food, don’t limit yourself to Taco Bell and nachos with refried beans. Puebla is actually one of Mexico’s best food cities, Smithsonian magazine observes, and its delicacies should be more widespread, especially on its most notable holiday.
So for Cinco de Mayo, the magazine recommends you sample the following: mole poblano, the chocolate-colored sauce that’s the city’s favorite dish; chalupas, thick tortillas with meat, salsa and onion; and chiles en nogada, fried peppers with walnut sauce, pomegranate seeds and parsley — which offers the colors of the Mexican flag.
Felices fiestas!