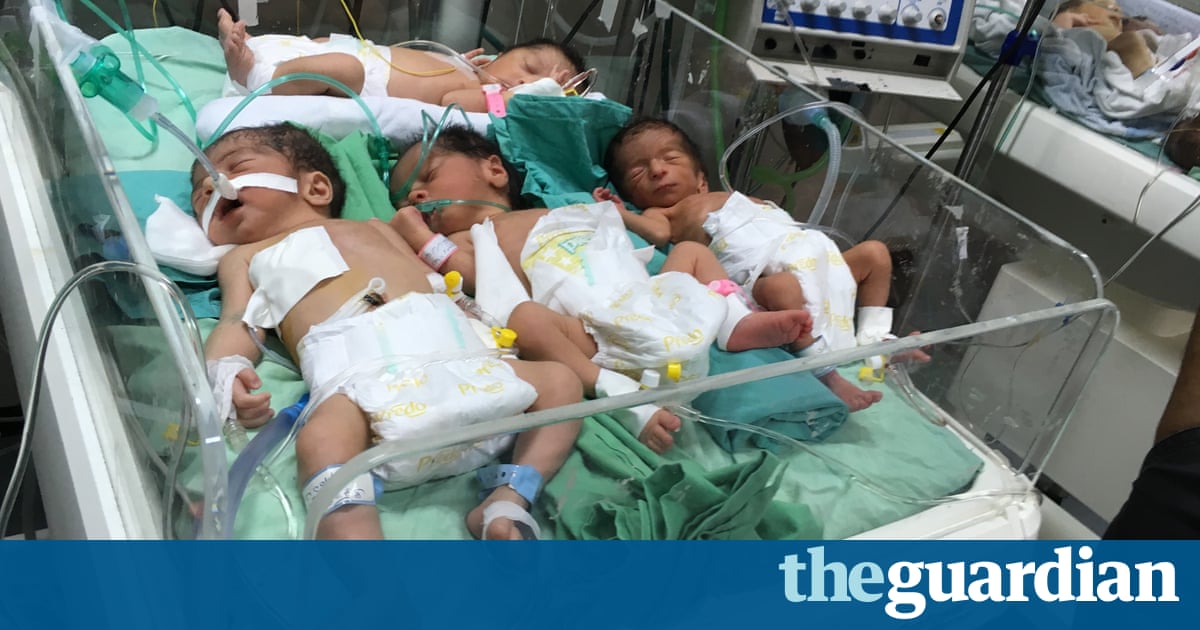 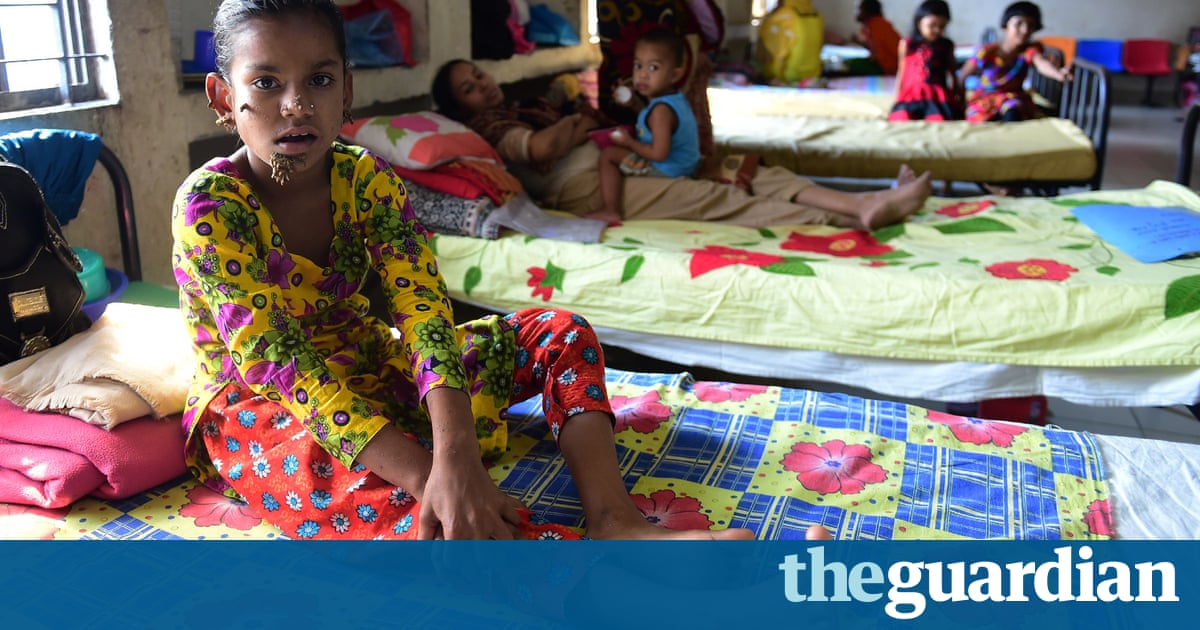 A young Bangladeshi girl with bark-like growths on her face could be the first female afflicted by tree man syndrome, doctors studying the rare genetic condition said on Tuesday. Sahana Khatun, 10, has growths on her chin, ear and nose, but doctors at Dhakas Medical College hospital are still conducting tests to establish if she has the unusual skin disorder.

Fewer than half a dozen people worldwide have epidermodysplasia verruciformis but none so far have been women, said Samanta Lal Sen, the head of the hospitals burn and plastic surgery unit. We believe she is the first woman, Sen said.

Her father, a poor labourer from Bangladeshs rural north, said he didnt worry too much when the first warts appeared on his daughters face about four months ago. But as the growths spread rapidly, he grew concerned and brought Khatun from their village to the capital for treatment.

We are very poor. My daughter lost her mother when she was only six. I really hope that the doctors will remove the barks from my beautiful daughters face, her father, Mohammad Shahjahan, said.

Another of Khatuns doctors said the young patient was displaying a milder form of the disease, and it was hoped she would make a quicker recovery than those in the more advanced stages. The hospital has been treating one man with a serious case of the disease for the better part of a year, conducting 16 surgical procedures to remove giant warts from his hands and legs.

Huge growths weighing 5kg each had consumed the hands of 27-year-old Abul Bajandar, the first recorded Bangladeshi to be suffering from the disease. His plight has captured national attention and the interest of Prime Minister Sheikh Hasina, who promised the patient would receive treatment free of charge.

Doctors said in January that for the first time in a decade, Bajandar had been able to touch his wife and daughter, and was almost ready to leave the ward. 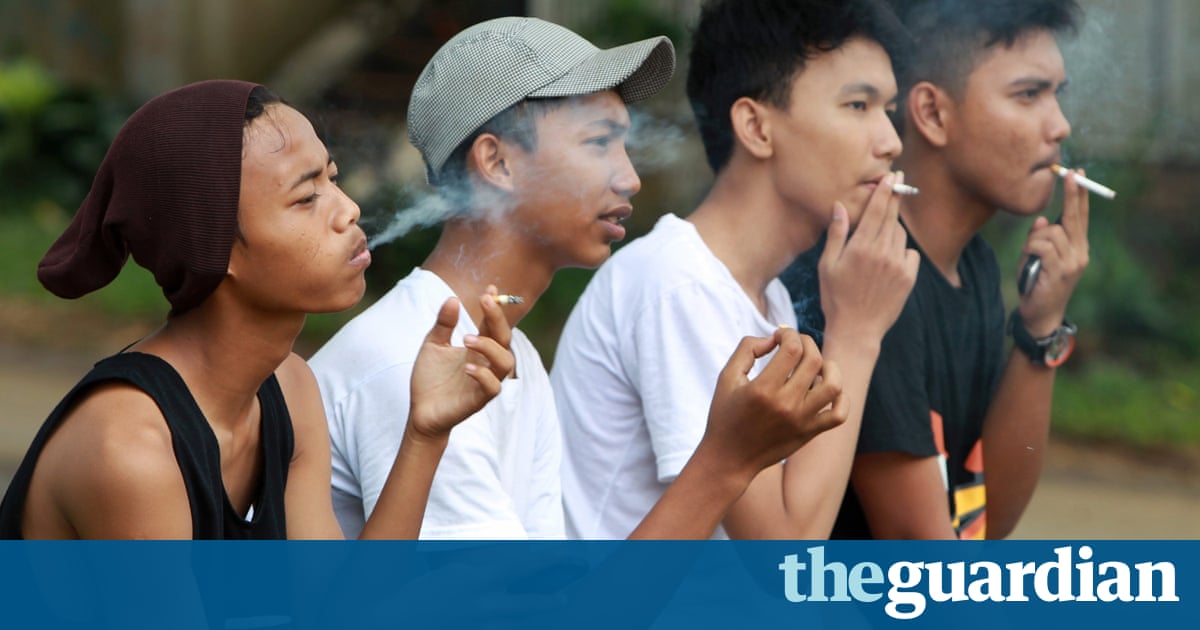 Many low- and middle-income countries are too scared by the threats and misinformation of big tobacco to raise the price of cigarettes, even though it would hugely benefit both health and the economy, according to a major new report.

The most effective measure to help people stop smoking is to impose high taxes on cigarettes, says the report by the World Health Organisation and the US National Cancer Institute. But even though smoking costs the world economy $3trn (2.5trn) a year, poorer countries are afraid to tackle it in the most effective ways, it says.

They are scared because of the issues raised by the tobacco industry, said Jeremiah Paul of the WHOs tobacco control economics unit. The industry warns of an increase in smuggling and illicit trade in tobacco, for instance, which the WHO and the US National Cancer Institute, the co-producers of the report, say does not happen.

They are afraid of being taken to court if they increase tobacco taxes, said Paul. They [the industry] will scare you that tobacco taxes are anti-poor, that government revenue will go down. But there is no evidence to support any of these claims, he said.

Six million people die every year as a result of smoking tobacco and although smoking rates are slowly going down, the numbers are increasing as the population of the world grows. There are also fears of a big expansion in Africa and the Middle East as big tobacco targets poorer countries now that hardline control measures such as bans on smoking in public places have taken effect in wealthier ones.

There are 1.1 billion smokers globally over the age of 15 and already 80% are in low- and middle-income countries. Many are already poor an estimated 226 million smokers live in poverty. Those are the people who would benefit most from stopping, because they are least likely to get good healthcare and most likely to suffer from the disabling and economic effects of tobacco, such as losing their job.

The monograph says that global tobacco excise taxes generated nearly $269bn (221bn) in government revenues in 2013-2014 yet less than $1bn was invested in tobacco control.

High tobacco taxes raise money for governments while deterring smokers. The monograph says annual excise revenues from cigarettes globally could increase by 47%, or $140bn, if all countries raised excise taxes by about 80 cents per pack. This tax increase would raise cigarette retail prices on average by 42%, leading to a 9% decline in smoking rates and up to 66 million fewer adult smokers.

Controlling tobacco does not harm economies, the report says. The number of jobs dependent on tobacco has been falling in most countries, and when smokers quit they spend their money on other sectors of the economy instead. Tobacco farmers, who mostly do not earn a good living, can be helped to diversify into other crops.

Tobacco use remains one of the worlds leading causes of preventable death, and increasingly, the health and economic burden is borne by the poorest countries and people, said the WHOs global ambassador for noncommunicable diseases, Michael R Bloomberg, whose philanthropic foundation has invested nearly $1bn into tobacco control. By accelerating the adoption of the many cost-effective tobacco control policies available today, we can save millions of lives, he said.

Jos Luis Castro, chief executive of the global health organisation Vital Strategies, warned that the death toll from tobacco will rise if tougher controls are not brought in. While governments are committed to reduce tobacco deaths, the lack of effective tobacco control laws in many countries means that tobacco will kill one-third more smokers and non-smokers by 2030: 8 million deaths every year, he said.

This is avoidable. We urge governments to implement strong tobacco control policies, particularly high tobacco taxes that have the greatest, fastest impact on consumption, while also potentially funding better access to healthcare.