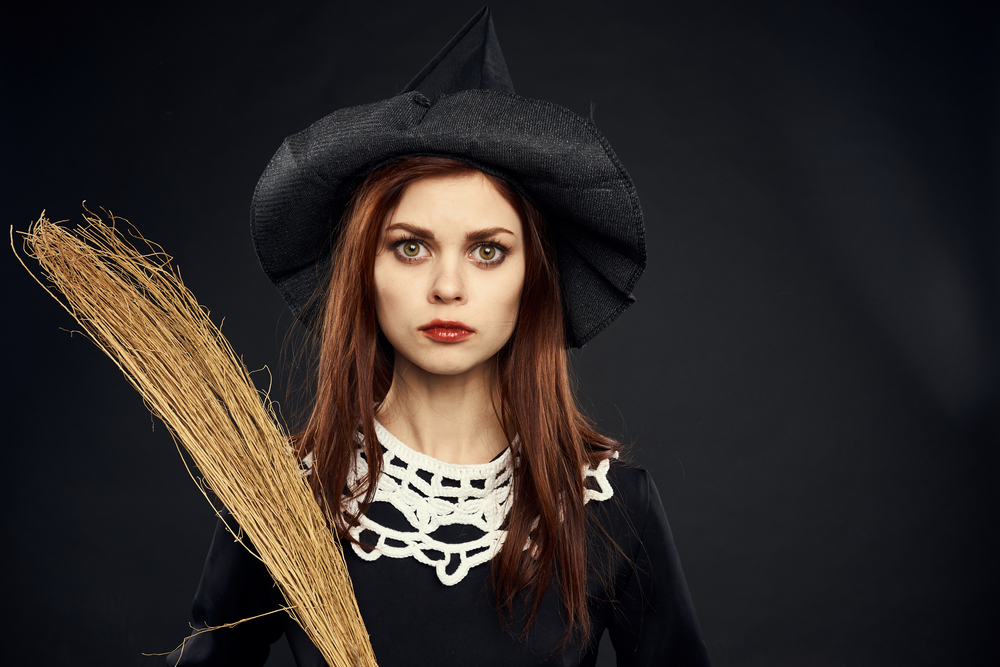 Halloween might be more than a week away, but that doesn’t mean things are about to get spooky scary in your horoscope this week. Yikes. The Sun moves into Scorpio meaning changes, because, well, every time the Sun enters a new sign, it kinda shakes shit up. Opportunities that arise this week might open even more doors for you in 2018. Let’s just hope there’s not some sort of fucked-up creepy clown behind that same door, though.

The Sun is on the mothafuckin’ move, and it’s teaming up with Jupiter in the house that controls your finances. In the coming months, your credit will get a boost, so it’s a lucky time for you to apply for a loan for some major shit like a car or a house. Likewise, it can also affect how much money is coming in around you. Has your boyf been funemployed or, like, IDK in grad school working his ass off to become rich later on? Well, your ability to stand by you man will be rewarded in the next month. Finally, he can start paying for fancy dinners again. Nice.

If it feels like your Seasonal Affective Disorder is in high gear in the next four weeks, well, it probs is. It kinda sucks that when the Sun is opposite your sign in the zodiac, it coincides with Daylight Saving Time, doubling the affects of being tired and super down about the loss of summer. The upside is that you have a chance to take a step back and evaluate your life and friendships. Since you might not feel like going out, you can curl up at home and see who texts you first. Like, if someone doesn’t want to be in your life when you’re not at 100%, then that person shouldn’t be in your life at all. It’s time for realizing things, ya know?

You’re on some sort of organizational/figuring-your-life-out kick in the next four weeks. Your big goals involve being productive, efficient and maybe even a little bit physical. If you can’t seem to focus and get your shit together, sorry to say, it’s probably a sign that you aren’t getting off your ass enough to build that mind-body connection of being high-functioning af. For you, there’s a lot that connects how you feel physically and how you feel mentally. So if you feel like your mental game isn’t up to par, maybe like, eat a vegetable or something.

Cancer betches are lucky AF in the next four weeks, because it’s time to get out and play. You’re really living your best life and being your best self as long as you’re getting out there and not letting the change of seasons ruin your mood. Sporting events are somehow more appealing to you. Like, no, not playing. Ew. I’m just saying, if you’ve been looking to take the title of Queen of the Tailgate, the next month is really when you’ll come into your own when it comes to being the life of the party at seasonal festivities.

Normally, a Leo betch is the open about her life with her friends. Like, does everyone need to hear about your last trip to the gyno? Um, no… but you have no problem telling them anyway. But, if you find yourself being a little bit more private when it comes to basically everything in the next four weeks, don’t freak out. Your focus for the next month is shifting to personal matters and shit other people just don’t need to hear about. Things are really in the works for you, so don’t jinx them by running your fat mouth.

It feels like time is speeding up for you over the next month. Like, seriously, who hit the fast-forward button? You’ll be busy with whatever usually dominates your time, plus, there’s an opportunity for short weekend trips. Underneath it all *cue Shakira* there’s something you want to get off your chest, though. Carve out time to have that deep discussion you’ve been meaning to have, and make clear communication your goal. This doesn’t mean you need to have a wine-induced heart-to-heart. Actually, you might want to be totes sober for this one. As freaky as that sounds.

You’re on the mission for greater control over your life in the next four weeks, like, especially when it comes to money. Do you own your shit or does your shit own you? It’s time to take a better look at where you’re spending and what that says about your life. While you’ve got your mind on your money and money on your mind, it’s still okay to throw it around a little bit. I mean, it is fall, so the change in season does call for a few new pieces in the closet. It may also be time to do some fall cleaning so you have room for the new shit in your life.

The Sun has made its way into your sign and is hanging out for a bit. Fucking finally. You might have a spring in your step this week and feel just generally perkier. No, nothing is deeply wrong with you, you’re just in a good mood. Bask in the glow that is your life rn. Others are taking note, too. You’ll be open to more attention in every part of your world—especially the parts that need some TLC. Feeling lonely? Your dating life is about to rev up. Feeling poor? It’s time for your boss to notice your efforts at work. Remember, even if you don’t get exactly what you want, sometimes, it’s about getting what you need.

Get out the crystals, you’re about to get meta. The Sun enters a hidden part of your chart this week, forcing you to look inward. If meditation and yoga aren’t your thing, just do whatever is most cathartic to you. Just because you’re examining your own soul doesn’t mean you have to be a weird loner recluse. It’s actually a really good time for you to be more social, because you’ll get a better perspective on where you stand in your friendships.

You’ll be feeling a little more jazzed up when it comes to social interactions over the next four weeks. Normally, small talk in the office elevator would make you want to stab everyone and rip your hair out. First of all, don’t do that. Second of all, chill our for a minute and work on listening to what people are saying. You might catch on to something important. It’s a time of opportunity for you and giving that higher-up a sounding board just might give you an upper hand in the game later on. As our hottest president ever, JFK, once said, “A rising tide lifts all boats.” Remember that this week.

As the Sun is at the top of your chart right now, it’s acting like a spotlight on you and all the shit you do. You’re not a show-off-y sign, (I’m looking at you, Leo) but you’ll be getting some more positive attention over the next four weeks, and it’s best you don’t just shrug it off. Use whatever good graces come your way to advance your position in life. Work on your pitch for what you really want, and then just fucking go for it. If you’ve been waiting for a sign, this is it, betch.

You’re, like, sooooo bored with the status quo lately. You’re really eager to get out and do new shit and meet new people. If that’s like, really how you feel deep down, then you need to stop making excuses as to while you’re being so boring all the time. Is something really holding you back? Then work on getting rid of that obstacle. Are you just being a lazy/whiny-ass bitch about stuff? That’s probably closer to the truth. You need to pick yourself up by the bootstraps and make fun a priority over the next four weeks.